After learning about Robart’s decision, Trump immediately wrote a scathing series of tweets that denigrated the federal judge.

“The opinion of this so-called judge,” Trump said, “which essentially takes law-enforcement away from our country, is ridiculous and will be overturned!”

“When you call someone a so-called judge, what you do is you attack the judiciary,” Robart told CBS News. “You may not even have wanted to convey that message, but that’s the message which your 40 million Twitter followers took down, which was you were never authorized to issue this decision.”

Since Trump’s inflammatory online reaction to Robart’s decision, the judge said he received 40,000 threatening messages, 1,100 of which were serious enough to warrant investigation. In an effort to keep Robart safe amidst the death threats, he said that US Marshals also set up camp around his home in Washington.

In addition to calling Robart a “so-called judge,” Trump also ensured in a separate tweet that any anti-immigrant backlash was directed at the judge.

“Just cannot believe a judge would put our country in such peril,” Trump said. “If something happens blame him and court system. People pouring in. Bad!”

Robart said that while he believes the president had the right to be angry about his ruling, he said he thinks Trump’s personal attacks crossed a line.

“I thought he had a right to attack my decision. I don’t think that criticizing a judge is acceptable. I recognize there’s a dispute on that. There is no dispute at the point that you start to talk about ‘I’m going to kill you’ or ‘I’m going to hurt you,’ or more importantly to me, ‘I’m going to hurt your family.’ That’s over the line and can’t be tolerated.”

Federal investigators looked into the many threats Robart received and uncovered a grim reality: thousands of the messages did not come from Americans — they originated in Russia.

Suzanne Spaulding, the senior adviser for the Homeland Security and director of the Defending Democratic Institutions project at the Center for Strategic and International Studies, told 60 Minutes the threats are a part of a long game by Russia to fracture the stability of the federal systems in the US.

“If Putin can undermine a significant segment of the population’s willingness to accept a court’s decision,” Spaulding said, “then he can cause chaos in this country.”

Since posting thousands of threats against Robart, Russia has continued to be a cybersecurity thorn in the US’ side. In late 2020, US officials announced that SolarWinds, an IT firm providing software to the US government, was breached in a hostile cybersecurity attack that went unnoticed for months. Officials later described the attack as “likely Russian in nature,” despite Trump’s insistence on Twitter that it may actually be related to China instead.

Anne Neuberger, deputy national security advisor for cyber and emerging technology, said at least nine federal agencies and more than 100 private companies were breached in the attack. According to recent reporting from Insider, a response from the Biden administration may come in the next few weeks.

Tue Feb 23 , 2021
The U.S. Postal Service has awarded a 10-year contract to the firm Oshkosh Defense to build up to 165,000 new vehicles, potentially replacing almost the entire decades-old fleet. The contract will be worth at least $482 million as Oshkosh will custom build an initial order of 50,000 right-hand-drive vehicles for […] 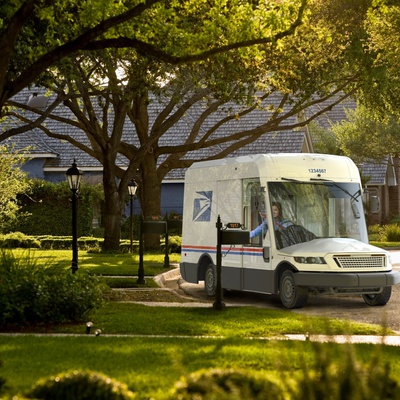