Riser’s wife and attorney believe that banking records and other evidence they’ve gathered will be key to exonerating him.

Judge Audrey Moorehead ordered his release from the Dallas County jail and ruled there is no probable cause to hold Riser on two counts of capital murder.

His release should happen sometime Wednesday afternoon. Her ruling came after about 3 hours of the detective on the case being questioned by the defense and the prosecution.

The Dallas County Assistant District Attorney Jason Fine said in open court they didn’t believe there was enough probable cause to hold Riser.

The district attorney’s office released a statement after the hearing saying while there is insufficient probable cause in the two capital murder cases, that does not mean the investigation is closed.

“We look forward to continuing our work with the Dallas Police Department on this or any other cases that are investigated in the city of Dallas,” Criminal District Attorney John Creuzot said in a written statement.

Arrest warrants for Riser’s arrest shows police based much of their case on the word of Emmanuel Kilpatrick, a convicted killer.

WFAA learned Tuesday that Dallas police replaced the original warrants that they had taken to the judge to sign last month.

The most significant change in the new warrants has to do with records connected to Riser’s cell phone, which police had used as evidence to connect him to the crimes, the documents showed.

In the warrants that were originally submitted in March, officials said a preliminary analysis from the FBI “revealed that the suspect’s cell phone placed him in or about the area during the time frame” of both victims’ disappearances and subsequent killings.

But in the updated warrants, that was removed.


Instead, the warrants now claim the cell phone data analysis from the FBI shows Riser and Kilpatrick’s cell phones were in the area where Kilpatrick says he met with Riser to “plan the kidnapping and murder” of the two victims. The original warrant also mentioned that Riser’s squad car was also shown to be in the area but the new warrant does not mention a squad car.

However, Riser’s attorney, Toby Shook, says these are significant changes and point to sloppy police work.

Dallas police have not explained the discrepancies between original warrants and the updated warrants.

Emmanuel Kilpatrick was considered a witness in the case and told investigators that the officer, Bryan Riser, allegedly offered him thousands of dollars and instructed him to kill the two victims, according to a previous arrest warrant affidavit.

Riser’s wife and attorney believe that banking records and other evidence they’ve gathered will be key to exonerating him.

“We’re so excited, we’re so happy because the truth is finally coming out and that’s what we’re here for, is the truth,” she said.

“DPD owes us an apology at this point,” Eboni said. “How do you restore someone’s credibility? Can he get a job now? There’s so many other things, the case needs to be completely closed.”

Wed Apr 7 , 2021
EXCLUSIVE: Oklahoma Gov. Kevin Stitt is sounding the alarm about the effects of a Supreme Court ruling last year that has led to convicted criminals walking free in his state.  Last year, the Supreme Court ruled in the case McGirt v. Oklahoma that a sizable portion of eastern Oklahoma was under the jurisdiction […] 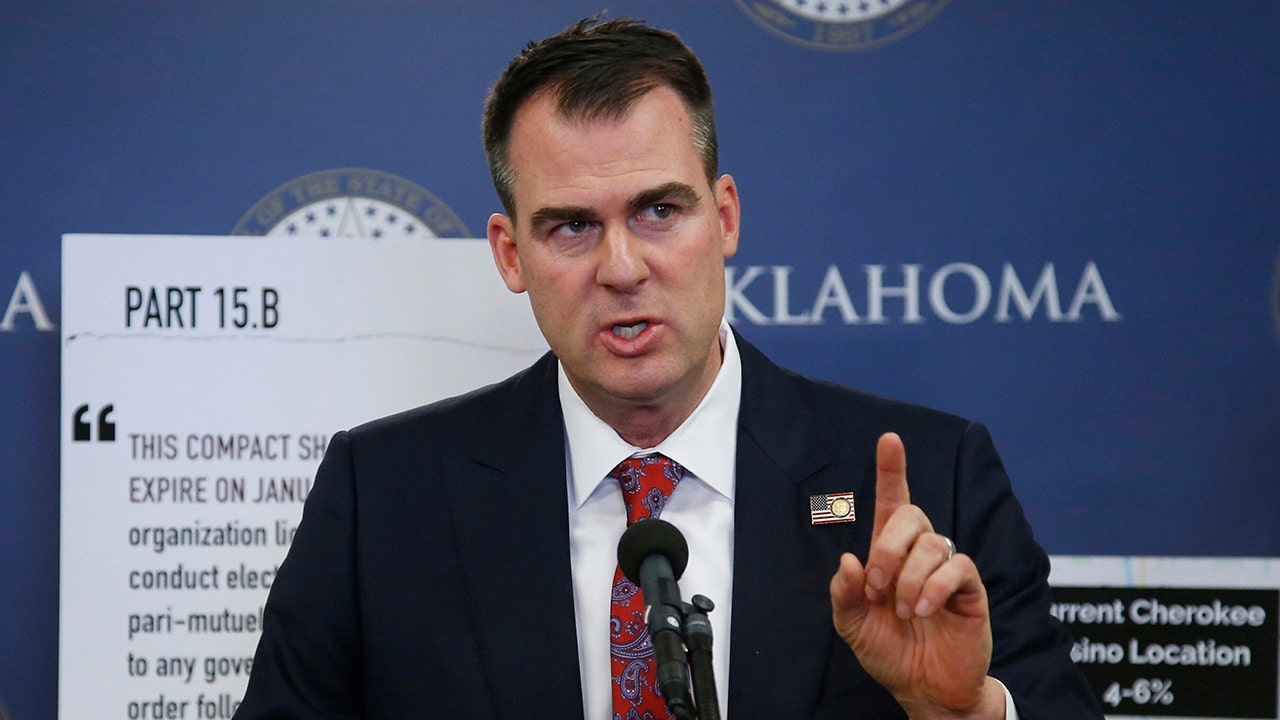