The Parler logo is seen on an Apple iPhone in this photo illustration.

The Parler logo is seen on an Apple iPhone in this photo illustration.

A federal judge is refusing to restore the social media site Parler after Amazon kicked the company off of its web-hosting services over content seen as inciting violence.

The decision is a blow to Parler, an upstart that has won over Trump loyalists for its relatively hands-off approach to moderating content. The company sued Amazon over its ban, demanding reinstatement.

U.S. District Judge Barbara Rothstein sided with Amazon, which argued that Parler would not take down posts that threatened public safety even in the wake of the attack on the U.S. Capitol, and that it is within Amazon’s rights to punish the company over its refusal.

“The Court rejects any suggestion that the public interest favors requiring AWS to host the incendiary speech that the record shows some of Parler’s users have engaged in. At this stage, on the showing made thus far, neither the public interest nor the balance of equities favors granting an injunction in this case,” Rothstein wrote on Thursday.

Parler’s looser rules of engagement also attracted far-right activists among the some 15 million users who, the company says, posted messages before Amazon pulled the plug.

That anything-goes philosophy ran headlong into demands that social media platforms be held accountable for allowing rioters to discuss plans to storm the Capitol on the day Congress was certifying President Joe Biden’s election.

Shortly after the Jan. 6 attack, Parler began to feel the squeeze. First, Google and Apple banned it from its app stores, which made it nearly impossible to download the app. Then Amazon’s web-hosting services, Amazon Web Services, terminated Parler’s account.

Parler filed a lawsuit, arguing that Amazon’s crackdown was driven by “political animus.” Parler contended that the tech giant was abusing its power and attempting to kneecap a competitor.

A lawyer for Parler wrote that the last six web hosts the company has approached have refused to work with the site.

Yet the website recently flicked back on as essentially no more than a welcome page. It promised to return soon with the message: “We will not let civil discourse perish!”

In defending against the suit, Amazon considered the matter a simple case of breach of contract. The company flagged more than 100 pieces of content advocating violence, which is against its policies, and Parler failed to remove the posts, according to Amazon’s attorneys. The posts cited by Amazon include violent threats directed at Twitter’s Jack Dorsey, Facebook’s Mark Zuckerberg and leaders in the Democratic Party.

In defending its decision to boot Parler off its web services, Amazon pointed to Section 230 of the Communications Decency Act, the much-debated 1996 federal law that prevents people from suing Internet companies over what users post.

The law also lets tech companies create and enforce rules over what is allowed and not allowed on their sites.

“That is precisely what AWS did here: removed access to content it considered ‘excessively violent’ and ‘harassing,'” attorneys for Amazon wrote in its submission to the court.

In her opinion, Rothstein agreed with Amazon, ruling that Parler’s antitrust claim is “dwindlingly slight” and that the breach of contract argument “failed.” She wrote that it was Parler, not Amazon, that violated the terms of the contract.

She pointed to the rioters who stormed the Capitol and documented their violent acts on Parler.

“The Court explicitly rejects any suggestion that the balance of equities or the public interest favors obligating AWS to host the kind of abusive, violent content at issue in this case, particularly in light of the recent riots at the U.S. Capitol,” Rothstein wrote. “That event was a tragic reminder that inflammatory rhetoric can—more swiftly and easily than many of us would have hoped—turn a lawful protest into a violent insurrection.”

Parler’s lawsuit appears to have been hastily put together. The judge scolded the company for not properly serving Amazon the lawsuit. And in the complaint, Parler claimed that Amazon did not retaliate against Twitter when a hashtag suggesting violence against former Vice President Mike Pence briefly trended on the site. But Amazon, as it was quick to point out, does not host Twitter’s feed.

David Groesbeck, a lawyer representing Parler, wrote that the company’s hope that it could quickly find a new web-hosting service has not come to fruition, creating a dire situation that Parler’s CEO has said could spell the death of the site.

“The notoriety and fallout from the break-up have driven away current and potential business partners, utterly frustrating Parler’s pre-termination plans to quickly replace and recover from AWS,” Groesbeck wrote in a recent filing.

Parler, which is funded in part by Rebekah Mercer, a major donor of former President Donald Trump, has discussed housing its own servers and supporting its own web hosting. Trump, too, floated the idea of launching his own social media service after Twitter permanently suspended him.

Disinformation researchers said Amazon’s shutdown of Parler eliminated a key gathering place for the sharing and discussion of the election-related conspiracies that Trump has often fanned.

“The reason why we’re experiencing this corporate denial of service is because there are really no other levers possible to stop this group of people from reassembling and either trying this again or trying something else that’s just as dangerous,” said Joan Donovan, an expert on online extremism at Harvard. “It’s going to be really important that when they make these decisions, they stick and that they don’t walk them back once the heat is off.”

Thu Jan 21 , 2021
While the nation’s attention was focused on the transition of power in Washington, Illinois state lawmakers last week passed a massive criminal justice reform bill that would, among other things, end cash bail. The bill came in response to the police killing of George Floyd and others last year, which […] 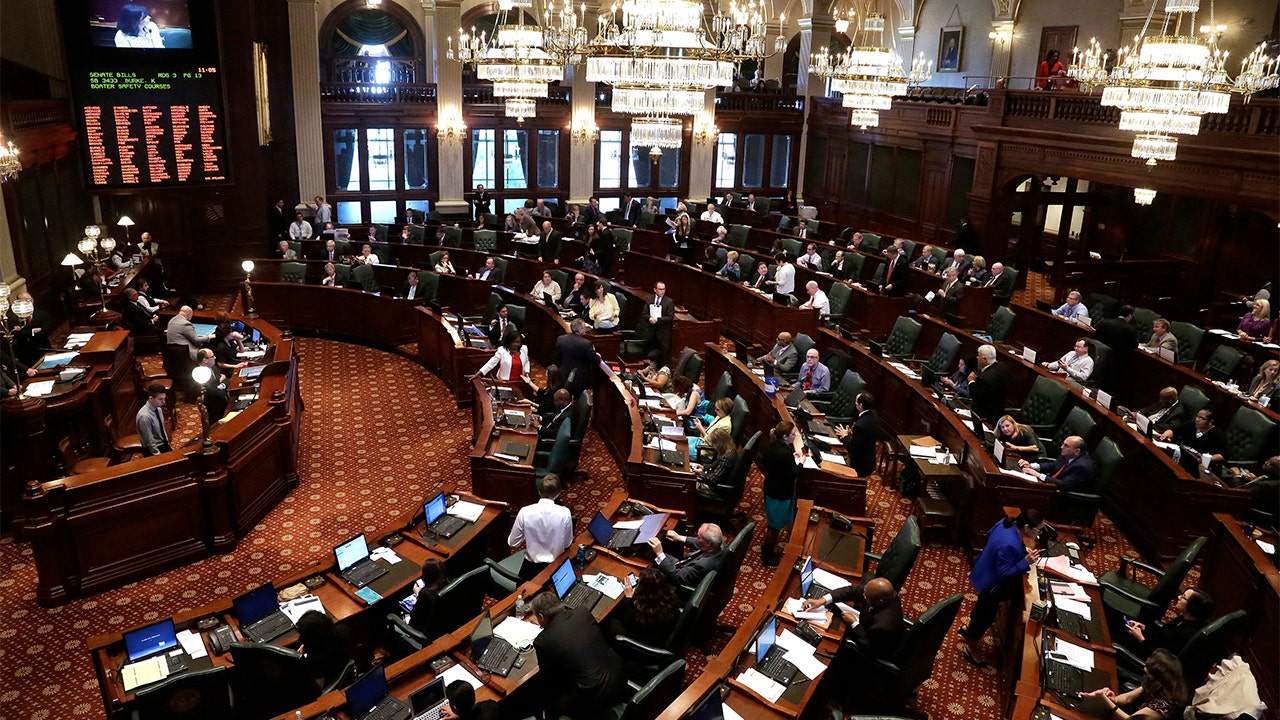