Prime Minister Yoshihide Suga’s administration is readying legislation to punish refusal to comply with government-mandated COVID-19 measures, amid concerns it may infringe too much on personal freedoms.

The Health, Labor and Welfare Ministry on Friday held a meeting to discuss a proposed revision to the infectious disease law making it possible to impose hefty fines or even prison sentences to people who test positive for the coronavirus but refuse to be hospitalized or cooperate with contact tracing efforts.

Health experts attending the meeting largely approved of the plan but warned the government to be circumspect in doling out punishment, with some expressing doubts about its effectiveness in curbing infections.

Atsuko Tanaka, an official at the Tokyo Metropolitan Government’s Bureau of Social Welfare and Public Health, said deciding who should be penalized could actually increase the workload on health workers and asked for consideration to be given to such concerns.

Under the proposed revision, which the Suga administration has floated to ruling and opposition parties before submitting it in the regular Diet session starting next week, those refusing to be hospitalized would face a maximum fine of ¥1 million or a prison sentence of up to one year.

People refusing to answer or giving false information to health authorities seeking to trace infection routes could be slapped with a maximum fine of ¥500,000 or jail time of up to six months.

With the country experiencing its largest spike in coronavirus cases yet, a state of emergency was expanded beyond the Tokyo metropolitan area to Osaka and other prefectures on Thursday after the cumulative total of infections in the country topped 300,000 the previous day.

Hospital beds for COVID-19 patients are quickly filling up, partly because many medical institutions are reluctant to admit infected patients out of fear of exposing their facility to the virus.

Under the proposed revision, language saying the government and prefectural governors can “request” hospitals to free up more beds would be changed to say they can “recommend” such a move, with the ability to name and shame those that do not cooperate.

The government’s top spokesman, Chief Cabinet Secretary Katsunobu Kato, told a news conference Friday it was “a matter of course” that such emergency steps be discussed before they become necessary.

The Suga administration is also eyeing a revision to the special measures law on the coronavirus that would enable the government to fine businesses that fail to comply with its requests to shorten their operating hours or temporarily close.

Businesses in prefectures under a state of emergency would be subject to a fine of up to ¥500,000, while those in places where “preventative measures” are being implemented would face a maximum fine of ¥300,000, according to a senior member of the ruling Liberal Democratic Party.

Opposition lawmakers have voiced concern that punishing businesses in prefectures where a state of emergency has yet to be declared could be a step too far.

“It’s a gray zone of sorts. There are issues concerning personal freedoms,” Yuichiro Tamaki, head of the Democratic Party for the People, said Thursday.

In a time of both misinformation and too much information, quality journalism is more crucial than ever.
By subscribing, you can help us get the story right.

Sat Jan 16 , 2021
In another desperate measure to curb the heightening coronavirus spread in Japan, authorities are now mulling to impose “harsher punishments” on violators such as prison sentences and hefty fines. Japan recently reported a never seen before the third strain of coronavirus leaving authorities flinching to stop its spread. On January […] 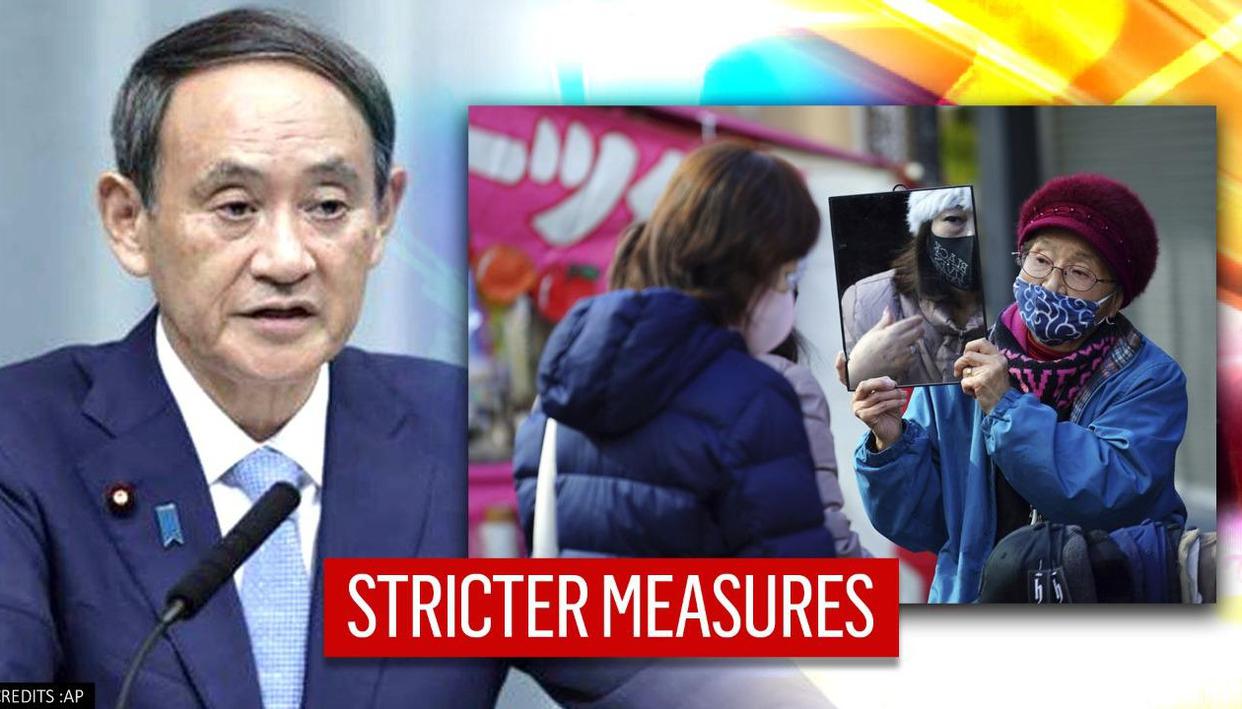