The organization that has provided court-appointed advocates for children passing through the Marion County judicial system for nearly 40 years has pulled out of contract negotiations more than a week before the new contract takes effect May 1.

The move throws into uncertainty the county’s ability to provide enough guardians ad litem or child advocates, known as GALs or CASAs, to children who find themselves navigating legal dilemmas in the judicial system, like divorces, child abuse or neglect cases.

Child Advocates had been the court’s provider of court-appointed special advocate services since 1982, but an external audit completed in January raised flags about how the organization was spending city funds. The city’s contract with Child Advocates that started January 2020 for $5.4 million had to be re-negotiated twice to be increased to $8.8 million, according to the Office of Public Health and Safety.

That office instead announced that it would begin partnering with Kids’ Voice of Indiana beginning May 1. Kids’ Voice President and CEO Lindsay Scott told IndyStar on April 5 that the transition plan involved supporting staff and volunteers already in place with Child Advocates.

But Paul Jefferson, an attorney with McNeely Law and spokesperson for Child Advocates, told IndyStar that the organization pulled out of a memorandum of understanding because they couldn’t agree to the proposed contract language.

“The biggest sticking point was that we felt like because we’re the only certified entity (in Marion County) we needed to maintain a significant amount of control about the day to day operations for at least a period of time,” Jefferson said. That period of time would have been until early September or until Kids’ Voice received state certification, he added.

A year of death:FedEx shooting is hard for coroner’s workers to bear

State certification opens the door for state funding to support GAL and CASA services. Emily VanOsdol, court administrator at the Marion County Superior Court, said that Kids’ Voice of Indiana is working with the Indiana Office of Court Services to get certified.

Jefferson said that Child Advocates has more than 50 staff and 500 volunteers. Kids’ Voice of Indiana told IndyStar they have 30 staff, not including five employees that they’re currently hiring, and 250 volunteers.

The Office of Public Health and Safety, the Marion County Superior Court, and the Indiana Supreme Court said on Thursday that they are committed to working together to continue GAL and CASA services despite the difference in staffing numbers between the two organizations.

“Throughout this process, our priority has been, and remains, clear: the children impacted by the critical work GAL/CASA services provide,” read a prepared statement from the city’s Office of Public Health and Safety. “OPHS is prepared to ensure minimal disruption to these services as we approach the effective date of the new contract.”

Kids’ Voice said in a statement that it has already begun interviewing and hiring for positions needed to serve the city contract, and that it began posting openings for program staff and attorneys on Thursday.

The organization also said through a spokeswoman that it already provides guardian ad litem services, and wrote a book on cases involving children in need of services that is used to train CASA volunteers.

“While we are disappointed by this outcome, we are ready to focus on the important work of providing children a voice as they navigate the Marion County court system,” board president Jon DeSalvo and President and CEO Lindsay Scott said in a joint statement.

The city’s decision not to renew the contract with Child Advocates stems from a third-party assessment conducted by the law firm Crowe LLP, which found discrepancies in how the non-profit was maintaining its records. Child Advocates, for example, allegedly did not provide supporting evidence for some of the costs they invoiced to the city during a contract from January to October 2020.

In a response submitted to Crowe LLP Child Advocates contested the critiques, in some cases saying that they were doing what the city directed them to do.

“Given this sizeable overrun in costs from the initial $5.4M budget, OPHS felt that it was more critical than ever for CA to provide clear, thorough supporting information,” she said. “As the Crowe documentation points out, CA was not able to satisfactorily substantiate the basis for a number of its cost calculations and expense items.”

Call IndyStar reporter Amelia Pak-Harvey at 317-444-6175 or email her at [email protected] Follow her on Twitter @AmeliaPakHarvey.

Fri Apr 23 , 2021
HUTCHINSON, Kan. (KSNW) — The Hutchinson chief of police wants to assure the public that the statue for the city’s law enforcement memorial will not be in a kneeling position. Chief Jeffery Hooper is responding to concern from the community after an artist’s rendering was shown at the Hutchinson City […] 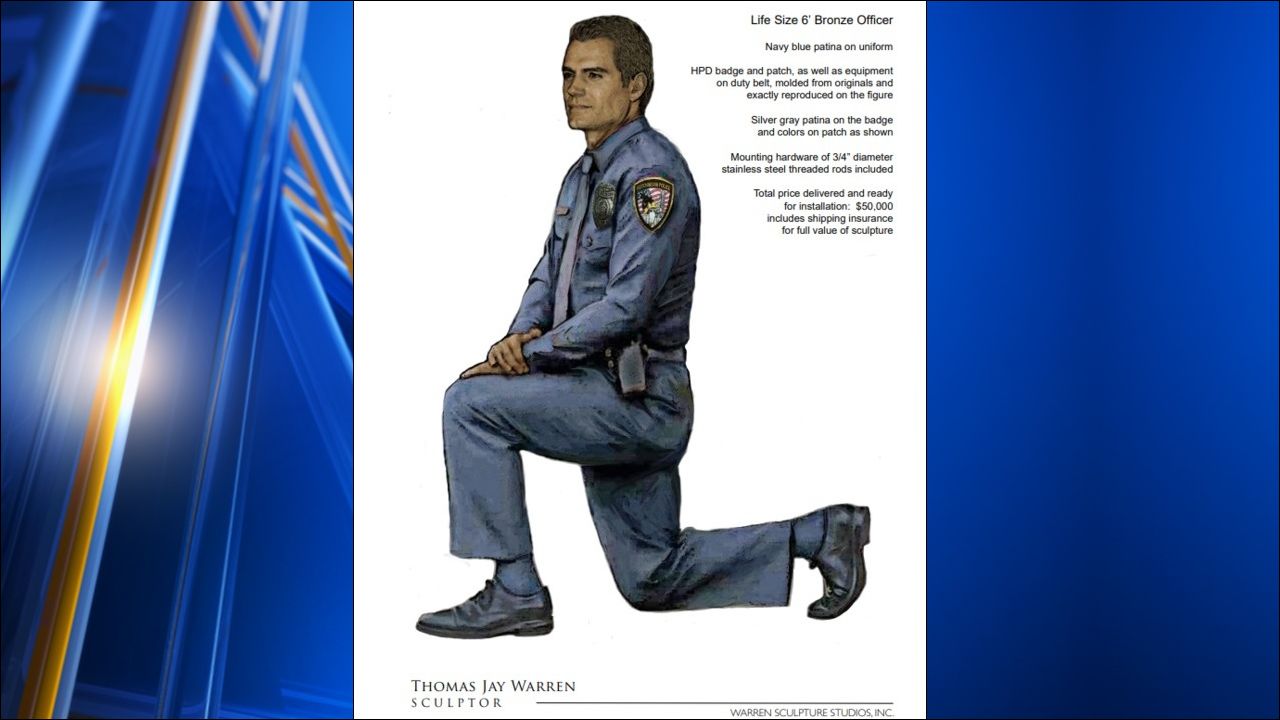