But the symbolic significance is huge.

Biden’s proposed bill, if passed, would remove the word “alien” from US immigration laws, replacing it with the term “noncitizen.”

The term “illegal alien,” long decried as a dehumanizing slur by immigrant rights advocates, became even more of a lightning rod during the Trump era — with some top federal officials encouraging its use and several states and local governments taking up measures to ban it.
“The language change on the first day of this administration, with Kamala Harris the daughter of immigrants, to me it’s not just symbolic…it’s foundational,” says Jose Antonio Vargas, an undocumented immigrant whose organization, Define American, pushes for more accurate portrayals of immigrants.

“How we describe people really sticks. It affects how we treat them,” he says. “How we talk about immigrants shapes the policies. It frames what are the issues really at stake here. It acknowledges that we’re talking about human beings and families.”

What the laws say now

US code currently defines “alien” as “any person not a citizen or national of the United States.”

Officials in the past have pointed to the term’s prevalence in US laws to defend their word choices.

In 2018, former Attorney General Jeff Sessions instructed prosecutors to refer to someone who’s illegally in the United States as “an illegal alien,” citing the US code in an agency-wide email.

The term “alien” was often invoked by President Trump in speeches as he warned of what he saw as the dangers of unchecked illegal immigration.

Speaking at the Mexico border last week in one of his final addresses as president, Trump used the term at least five times.

But not everyone in the Trump administration was a fan of the language.

In an interview with the Washington Post published shortly before he resigned as acting secretary of Homeland Security in 2019, Kevin McAleenan told the newspaper he avoided using the term “illegal aliens” and instead described people as “migrants.”

“I think the words matter a lot,” McAleenan said, according to the Post. “If you alienate half of your audience by your use of terminology, it’s going to hamper your ability to ever win an argument.”

This isn’t the first effort to change such wording

California struck “alien” from the state’s labor code in 2015.

New York City removed the term from its charter and administrative code last year.
In guidelines issued in 2019, New York City banned the term “illegal alien” when used “with intent to demean, humiliate or harass a person.” Violations, the city warned, could result in fines up to $250,000.
And last year two Colorado lawmakers introduced a bill to replace the term “illegal alien” with “undocumented immigrant.” The bill never made it to the state Senate floor for a vote.

Prank callers targeted the term early in the Trump administration

One of the first times the use of the term “alien” drew widespread attention during the Trump administration was in 2017 after officials publicized a hotline for victims of “crimes committed by removable aliens.”

Prank callers swiftly flooded the line with reports about space aliens, sharing examples on social media of their comments about Martians and UFOs.

But Vargas says the term and others used to demonize immigrants are no laughing matter.

Vargas says the new administration’s effort to use more respectful language gives him hope that some Americans’ views on undocumented immigrants could also shift. Changing just one word, he says, could have a far-reaching impact for millions of people.

Thu Jan 21 , 2021
The law firm that handled the tax affairs of Donald Trump and his company during his presidency said it would stop representing him and his business. The firm, Morgan Lewis & Bockius, is currently wrangling with the New York attorney general’s office over documents related to its work for the […] 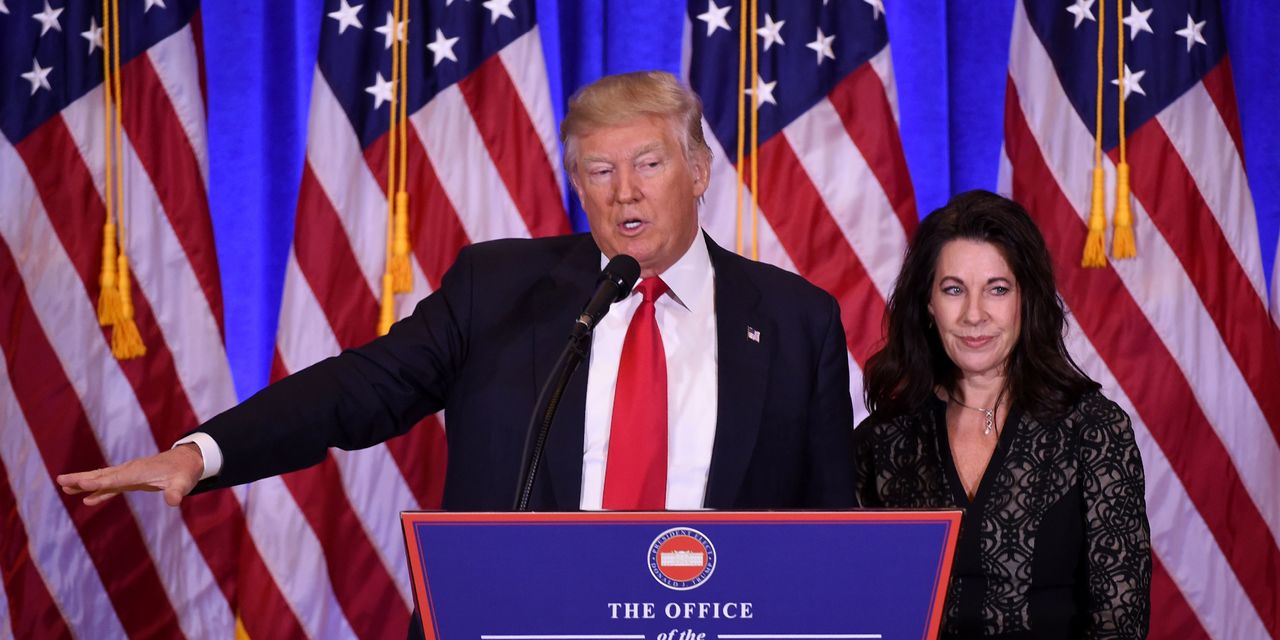