Illinois lawmakers on Wednesday used the final hours of the general assembly’s lame duck session to pass a sweeping and controversial criminal justice reform bill that would eliminate cash bail, make it easier to ban officers from working at police departments across the state and allow for anonymous complaints against cops.

The legislation, passed Wednesday morning after hours of late night bargaining, was a legislative priority of the Black legislative caucus. It was drafted as the legislature’s answer to the months of policing-related protests this summer.

“We are fundamentally changing the way that we do criminal justice in this state. We are fundamentally changing the way that law enforcement and communities interact,” said state Senator Elgie Sims (D-Chicago), a sponsor of the legislation. “This is a complex piece of legislation. It is bold. It is transformational. …This bill is not about who we are. It is about the Illinois that we strive to be.”

Catanzara said allowing for anonymous complaints against officers, and the creation of a more robust police certification process, would make officers “more apt to do absolutely nothing” because of fear of losing their jobs.

A coalition of Illinois police groups said the bill had been “rammed through” the legislature “in the dark of night.”

Nearly 20,000 people signed on as opponents to a previous version of the bill, compared to about 4,000 proponents. Meanwhile the law enforcement coalition boasted that it had collected more than 100,000 signatures on a petition opposing the police reform efforts.

Perhaps the most transformative part of the bill would be the elimination of cash bail. The change would mean that most people accused of crimes in Illinois would be released while awaiting trial, while some defendants would be kept in jail if a judge determined they were a danger to the public.

Abolition of bail has been a cause of activists for years, who argue that making pre-trial release contingent on paying money unfairly punishes poor people by keeping them unnecessarily locked up and does nothing to aid public safety.

The lobbying group for Illinois prosecutors opposed the legislation. Justin Hood, president of the Illinois State’s Attorneys Association, said by getting rid of bail, the criminal justice bill would “put the victims of crime and their families at great risk” and allow more people to evade justice. But a study by Loyola University researchers found that bail reforms in Cook County did not result in a meaningful increase in crime or in people skipping court.

“Eliminating cash bail ends the practice of detaining non-violent offenders simply because they are poor while also preventing violent offenders from being released because they can afford bail,” State’s Attorney Kim Foxx said in a statement. “I’m grateful for the legislators, advocates and community members who went from ‘protest to progress.’ There’s still work to do, but this is a step in the right direction.”

The legislation also includes a mandate that the Illinois prison system, law enforcement agencies and county jails report all deaths in custody and give an accounting of the cause of death to family members. The Illinois Department of Corrections has been notoriously opaque about the deaths of inmates, leaving grieving families and the public in the dark.

If Pritzker signs the bill into law, it would mean that every police department in the state would have to outfit its officers with body cameras. It would also mean that every law enforcement officer in Illinois would have a “duty to intervene” if they see a fellow officer using excessive force, regardless of the rank of the respective officers — a clear response to video showing cops in Minnesota standing by as a higher-ranking officer kneeled on the neck of George Floyd until he died.

Officers who fail to intervene could be decertified by a state panel. That’s because the bill makes it so officers found guilty of certain misconduct would be barred from working as police officers anywhere in the state of Illinois.

That decertification process was a major policy goal of Ill. Attorney General Kwame Raoul, who has argued that hairdressers experience tougher state scrutiny than police officers under the current certification system.

The legislation also gives the attorney general’s office the power to conduct so-called “pattern and practice” investigations into entire police departments, similar to the U.S. Department of Justice investigation of the Chicago Police Department that resulted in the ongoing court-enforced police reform plan known as a consent decree.

The earlier version of the legislation would have stripped police unions of the power to bargain over officer discipline. It also would have removed lawsuit protections that keep officers from being held personally liable when residents sue over alleged misconduct.

Those were two of the most controversial proposals and were ultimately abandoned in an effort to get the legislation passed.

The scope of the legislation, combined with the last-minute maneuvering, drew the ire of Republicans. On Tuesday, House Minority Leader Rep. Jim Durkin said the bill was “not in a good place,” and complained the legislation was “changing by the second” and it was “difficult to keep up.”

During a Senate debate that lasted until nearly 5 a.m. Wednesday, state Sen. Jason Barickman (R-Bloomington) said he worried the “rushed” process would “create chaos in the communities we represent.”

“The process matters, and what reforms we make and how we make those reforms matter,” Barickman said. “Many of our constituents are going to read about legislation that consisted of more than 700 pages that was debated at 4:30 a.m. And they’re going to read, watch and listen to those news reports about this legislation and immediately cast suspicion about what’s being done in the 11th hour of this lame duck session.”

Patrick Smith is a reporter on WBEZ’s Criminal Justice Desk. Follow him @pksmid. Email him at [email protected].

Can a Home Seller Under Contract Still Accept a Higher Offer?

Sun Jan 17 , 2021
Congratulations, you sold your house! The buyers fell in love and made an offer, and you let out a great, big sigh of relief when the contract was signed. Then it happens—another offer comes in, and a better one at that. What now? Can you take the highest bid? Here’s […] 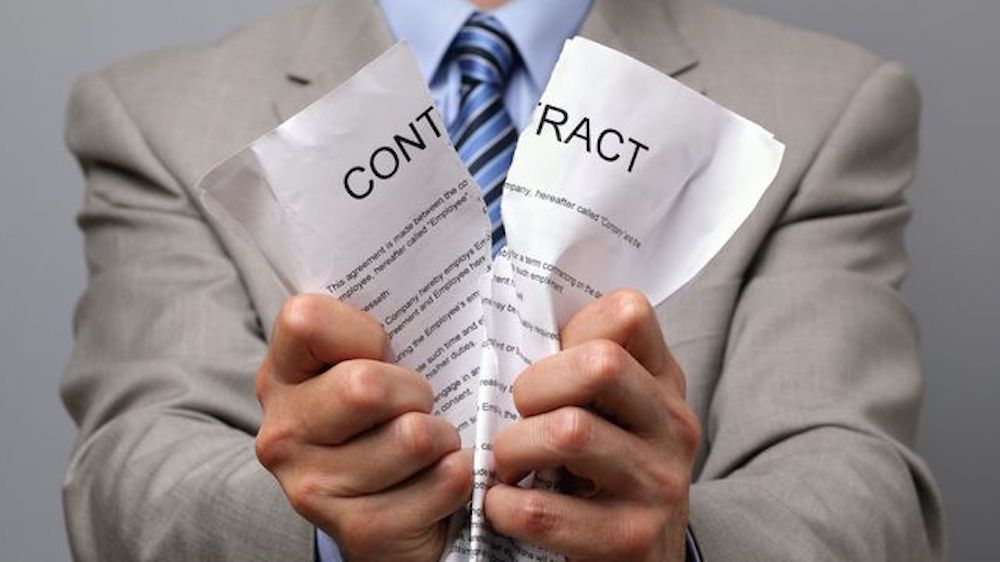