The community of Hinkley drew worldwide attention 25 years ago when Pacific Gas and Electric was ordered to pay millions in damages to residents for the chromium-6 poisoning of their drinking water. The effects of that local calamity are apparent by the total absence of the many homes that once filled the weed-covered blocks left behind.

If that wasn’t bad enough, the remaining souls now must contend with nearly two years of encroachment by large-to-massive illegal marijuana grows that menacingly dominate the landscape.

Terry Burns, who has lived in Hinkley since 1966, worked at Borax mining operations for 40 years and retired last June, pointed out to me 10 of these Quonset hut-like structures visible from his home. Burns estimates that there may be as many as 25 altogether. Riding with him in his truck over largely unpaved, sometimes bumpy roads, I saw not only the white exteriors of the lucrative sites, but got a closer look through portals of the rows upon rows of marijuana plants inside.

Whether conversing with him in his home or his truck, I was impressed with Burns’ extensive knowledge of the details and social significance of this unwanted intrusion. He was a heavy equipment mechanic at the Boron mine before moving into management of the repair shop. He knows his stuff.

In the largest site I saw, Burns estimated that there were plants in four rows, 15 deep, each one of which he estimates is worth $1 million. If that sounds fantastic, let me tell you that Burns has devoted considerable time observing the unwanted intrusion in this huge and largely uninhabited desert region. Google reveals that only .37 of a square mile area supplies water for the 588 homes with a population of 1,915. But the whole size of unincorporated Hinkley is 146.6 square miles!

The marijuana growers’ takeover is ongoing. Burns said he saw the first activity nearly two years ago when men brought cars, trucks, motorhomes and, yes, water tanks, and began operations. Some people thought the new “residents” were growing tomatoes, but that illusion didn’t last long. I saw some sites in the embryonic stage, so to speak, continuing the nefarious practice of simply showing up and ignoring the regulations, fees and requirements with which a law-abiding property owner would be expected to comply.

This, of course, leads to the next question: Where is law enforcement? Burns said he has alerted the California State Board of Equalization and the Bureau of Cannabis Control, and even the local water master (a “toothless tiger”), but to no avail. He has also written to the Board of Supervisors and even the president of the United States, with no response.

Here is what he emailed to me:

“I am reaching out to you in an act of desperation. I live in Hinkley and from my front porch I can see at least 10 industrial marijuana complexes and, to say the least, we are being overrun.

“I have lived here since 1966 and we have been beaten up pretty good. But now we are in trouble. These grows are using thousands and thousands of gallons of water from an aquifer that isn’t being replenished, the level of boldness has gotten to where the growers feel comfortable intimidating the citizens, and we fear for where it will stop.

“Law enforcement is overwhelmed, all the regulating agencies seem paralyzed and the law-abiding, tax-paying citizenry once again seems to be abandoned.  Please put this out to those who are living this nightmare and let them know to not give up.”

Burns doubts that those in charge of these operations are American citizens, adding that some are of Asian descent, while others look to him like members of Mexican gangs. They “drive very nice cars” and are well armed, he said. They work in the early morning and late at night. Trucks hauling water are regularly seen (one in motion was pointed out to me).

According to Burns, processing consists of trimming leaves off of buds, which are packaged for sale. The apparatus for safely extracting concentrate is so costly that rather than absorb that cost, these illegal “labs” leave toxic residue in the product.

Machines for this purpose are valued at $10,000. A 1.25-litre container holding that concentrate is worth that much, Burns avers. The odor is so strong it can actually wake people up from their sleep!

As one might expect, there is considerable frustration among residents in Hinkley, a once-genine neighborhood that is now scattered over the few paved streets left here.

“We want the community to come back,” Burns declared.

Following the chromium-6 tragedy, Hinkley School closed up and the facility was sold to PG&E, owner of a fast-decaying structure.

Given the current crisis, children are not encouraged to go out and play, and people are reluctant to walk their dogs, Burns said. This has led, he emphasized, to “general angst” in the community.

The money-making opportunities are so enticing that a one-time Hispanic pastor got involved in the business until he was “driven out” of the community, Burns said, adding: “We don’t need a drug culture.” He wonders, too, if this illegal business is seen by some as just another way to make money.

Here’s how it goes. “Guys just strip off five acres of virgin territory,” as Burns puts it. Whereas home builders need to comply with regulations, mitigations, fencing, permits and so on, these operators ignore all that and go right to work.

Burns hopes that growers now making money will eventually arouse enough opposition to spur raids from law enforcement. But, to date, no one appears to even be monitoring them.

Burns drove us up to the highest point in Hinkley, where a faux lighthouse designed and built merely “for art’s sake” towers over the landscape. From there, one can see numerous structures to the east where there are homes, and even a few emerging to the unpopulated west (there are also power lines and a solar plant in the latter direction). From that high perspective, it is easy to see why this area has attracted so many marijuana operations, which seem to blend into the landscape.

Burns hopes that efforts to bring this community calamity to public attention will generate sympathy for those who endure it and shame for those in authority who ignore it.

Readers may be surprised that there are so many illegal marijuana grows, considering “recreational” use was legalized in California in 2016. But between the heavy regulation and taxation of the business, coupled with the fact that the penalty for illegally growing weed was reduced from a felony to a misdemeanor, the cost of legal operation is high and the cost of a misdemeanor conviction is low.

Richard Reeb taught political science, philosophy and journalism at Barstow College from 1970 to 2003. He is the author of “Taking Journalism Seriously: ‘Objectivity’ as a Partisan Cause” (University Press of America, 1999). He can be contacted at [email protected]

Thu Apr 8 , 2021
“We urge you to reconsider your support for this misguided law and to make every effort to unwind its restrictions before it takes full effect on July 1st,” wrote the directors guild’s leaders. As Hollywood continues to roll out its condemnations of Georgia’s new election law, the Directors Guild of […] 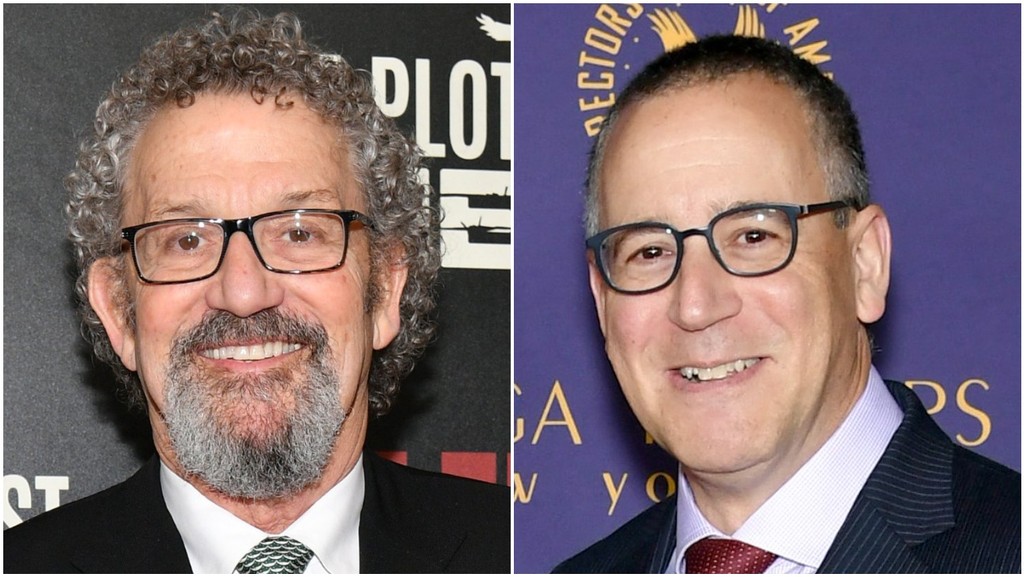