A state proposal named in honor of a 3-year-old Rochester boy to improve grease trap safety moved one step closer to becoming a reality after a unanimous vote by the state Assembly Wednesday.

Bryce’s Law, named after Bryce Raynor, would require grease traps at food service businesses to increase safety, according to a release from state Assemblywoman Sarah Clark, D-Rochester. “This legislation will help prevent future tragedies like this one by creating guidelines for grease traps and interceptors that are located in public areas and making them safer for the public.”

Raynor slipped through a grease trap at Tim Hortons on University Avenue in Rochester on July 15, 2019, and drown. The plastic lid was unsecured as it covered at an underground 500-gallon grease trap.

Police said it appeared Bryce stepped onto the trap’s unsecured plastic lid, which gave way and then flipped back into place after the boy had fallen in.

The legislation must still be passed in the state Senate and then signed by Gov. Andrew Cuomo before it can be enacted.

Tenitia Cullum, Bryce’s mom, brought him to work after her child care plans for the day had fallen through.

Former Assemblywoman Jamie Romeo introduced the legislation in 2019 following a Democrat and Chronicle article that detailed how 3-year-old Bryce fell into the fell into the grease trap outside the restaurant. The article highlighted a lack of laws that require simple, inexpensive secondary protection devices that serve as a back-up if the trap’s lid fails.

“After reading the Democrat & Chronicle article about an inexpensive device that would have saved the life of young Bryce; I am filled with a profound sense of sadness and anger,” Romeo, said in 2019. “When my office began researching this matter and learned that similar horrific accidents had occurred in Alabama, Louisiana, and New Jersey, I kept returning to the question, why didn’t the industry correct an identified deadly problem?”

It was re-introduced by Clark earlier this year. It calls for all food service establishments with a grease trap or interceptor to withstand expected loads and prevent unauthorized access. Grease traps and interceptors must also have a warning sign displayed at the site.

The traps are required to meet fire prevention and building code standards. The proposal calls for public water and sewer authorities to make specifications to exterior manhole covers.

Clark, a first-term assemblywoman, said this legislation hits close to home as a mother of three.

“With better protocols in place, this could have been prevented,” she said in a statement. “We must do more to protect the public and enhance workplace safety. These provisions enacted by this legislation are common sense measures. Bryce’s Law will go a long way to ensure this type of tragedy will never happen again in our community and throughout New York State.”

Romeo said the need for this legislation arose out of “an unimaginable tragedy.”

“As a mom, my heart and thoughts continue to go out to Bryce’s mother and family, may this piece of legislation carry on in his name and memory,” Romeo said in a release. “A few seconds created a lifetime of unspeakable pain, but with this legislation, we can take an important step towards preventing another tragedy in the future.”

Winter Storm Windfall: Big Law Gets the Work to Defend Flood of Litigation 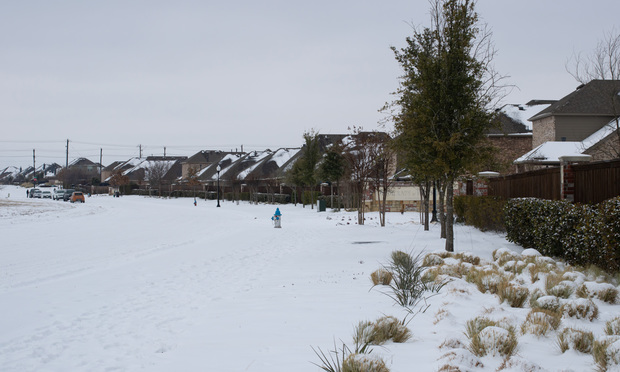