The Illinois Legislative Black Caucus, which designed the massive measure, hailed it as a historic response to the deaths last year of George Floyd in Minneapolis and Breonna Taylor in Louisville, Kentucky. Opponents argue that it will hamstring police and discourage talented people from joining law enforcement.

“This bill protects police officers,” countered Pritzker, after signing the legislation at Chicago State University. He went on to add, “It also provides for funding for training for mental health services. It provides actually more for police officers, and doesn’t take away from them. I am actually very confident that this is going to make policing safer, and it is going to make the public safer.”

Major organizations representing police and prosecutors say they weren’t consulted on critical pieces. Among other things, they contend the use-of-force rules are too restrictive as to endanger officers; that dangerous people may be set free while awaiting trial; and that requiring body cameras for all departments by 2025 will be too costly.

Cash bail would be eliminated in 2023. Washington, D.C. and the states of New York and New Jersey have undertaken similar efforts.

Critics of the cash bail system say it criminalizes poverty. Getting rid of it does not mean that everyone goes free while awaiting trial. Judges make that call based on the threat a defendant poses. .

“What we’ve done is strengthen judicial discretion when it comes to determining whether someone is a threat to a person or community,” said Sen. Robert Peters, a Democrat from Chicago. “We focused this explicitly and narrowed it so money does not play a factor. Money does not determine whether someone’s a threat.”

The bill’s major sponsors, Sen. Elgie Sims and Rep. Justin Slaughter, both Chicago Democrats, have said they’re willing to work with police groups to tweak parts which might need improvement.

Tue Feb 23 , 2021
A federally funded grant is helping judges in Missouri and 12 other states learn the science behind the coronavirus pandemic. The nonprofit National Courts and Sciences Institute regularly teaches judges about emerging issues in science. The $150,000 from the State Justice Institute, a congressionally funded nonprofit meant to improve the […] 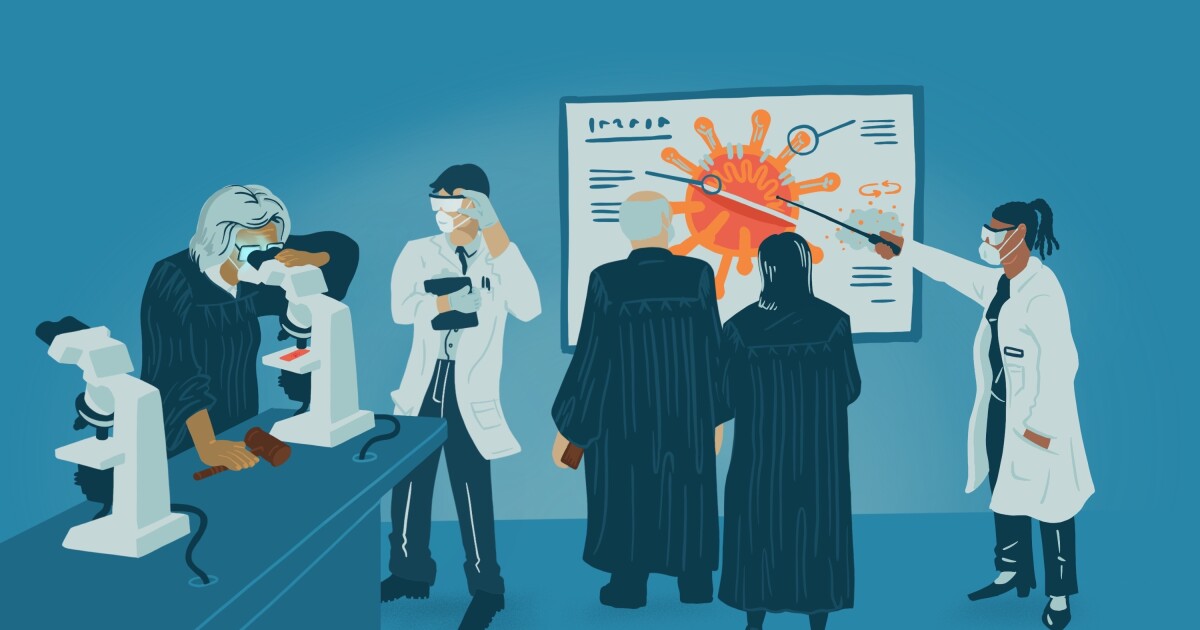