As a District Court marshal in Las Vegas for seven years, Dominique Bosa-Edwards would sometimes be tasked with informing a judge and court staff that jurors had reached a verdict.

A decision had been made.

She passed the Nevada bar exam. She would become a lawyer.

“It felt like I could exhale,” said Bosa-Edwards, now a clerk at Gabroy Law Offices in Henderson. “I could let it all out. Relief. And afterward came the joy and happiness.”

She called her mother, Rumiko.

“I’m over the moon,” her mother said Thursday at a swearing-in ceremony conducted by District Judge Veronica Barisich and attended by Bosa-Edwards’ family and friends.

Bosa-Edwards, 38, spent more than three years taking law school classes at night while working as a marshal during the day, before graduating in December from UNLV’s Boyd Law School.

She set down her badge, handcuffs and pepper spray to focus on studying for the bar exam, she said, dedicating nearly every waking hour to ensuring that she would pass. Even while jogging to relieve stress, she had lectures in her headphones. Even as she watched her niece, Emiko, unwrap Christmas presents, Bosa-Edwards was studying.

“When I do things, I have to be confident about them,” she said. “So I had to study enough to where I was confident, and to me that takes a little time … My focus has always been the bar.”

‘I see you in sports’

After Bosa-Edwards left work the day her bar exam results posted, she phoned former Judge Rob Bare, in whose courtroom she helped keep order as a marshal.

“Maybe we’ll run into each other, esquire,” she recalled him saying.

She thought “from marshal to esquire” had a nice ring to it.

Bosa-Edwards had completed the exam on a Wednesday in late February, and she started a job at the boutique firm that focuses on employment law the following Monday. She was the first one at the office, as she is on most days.

She was thrown into a complicated area of law in which she had no expertise, but said she found that she enjoyed the nuances and helping people. She’s still deciding where she wants to focus her own practice, but her strongest interests include medical malpractice and contract law, perhaps with an attention to sports.

“I see you in sports, too,” her mother said Thursday.

“It pains me when athletes sign these contracts,” she said, “and they get ripped off.”

At the ceremony for Bosa-Edwards this week, friend Loline-Marie Djidade, a District Court law clerk, wore a mask emblazoned with the words “Black lawyers matter.”

She was confident Bosa-Edwards, who holds a Latin American studies degree from Brown University in Rhode Island, would succeed after her first time taking the bar exam, which has a 58 percent pass rate in Nevada.

“It’s amazing,” Djidade said. “We want more Black attorneys and attorneys of color in Nevada, so it’s a great thing to have Dominique sworn in today.”

None of Bosa-Edwards’ relatives have a law degree, and she was the first in her immediate family to graduate from college.

Moments before she was sworn in as one of the newest lawyers in the state, retired Nevada Supreme Court Justice Michael Cherry walked into the courtroom. He was serving as a senior judge and had just finished hearing arguments for the day. The ceremony was a surprise to him.

“I’m so proud of her and anybody else who is able to pass the bar,” he said. “You’re a credit to Boyd.”

Are Rideshare Drivers Subject to the Federal Arbitration Act?

Fri May 14 , 2021
Photo: Daniel Dror/Shutterstock Since the emergence of the gig economy, courts have struggled to fit workers in such businesses into the traditional framework of employment law. One common issue is whether the Federal Arbitration Act (FAA) applies to drivers who work for rideshare companies, Uber and Lyft. If the FAA […] 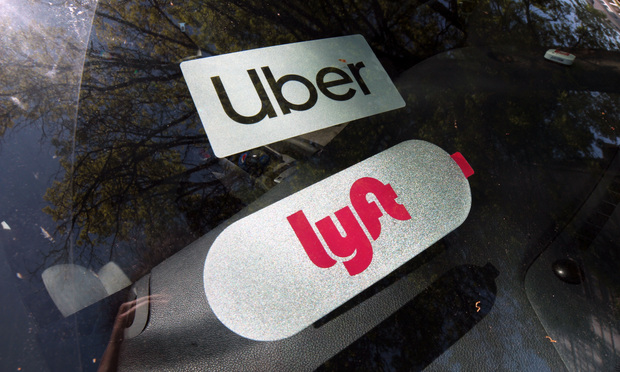