The first details of the arrangement were made public last week in a whistleblower complaint against Michael Pack, who was appointed chief executive of the U.S. Agency for Global Media (USAGM) eight months ago, and whom President Biden forced to resign hours after he took office last week.

Documents detailing the agreements with the law firms were turned over in early January to the State Department’s inspector general, which oversees USAGM and is now investigating, according to two people with knowledge of the matter who spoke on the condition of anonymity to disclose potential irregularities.

From his Senate confirmation in June until his resignation last week, Pack oversaw USAGM’s portfolio of international news agencies, including VOA, Radio Free Europe/Radio Liberty and Radio Free Asia. The networks specialize in broadcasting news in countries where an independent press is suppressed.

A conservative documentary filmmaker before President Donald Trump nominated him to run USAGM, Pack had a brief and tumultuous tenure there.

He sidelined experienced managers, investigated a VOA reporter, and sought to steer the editorial direction of the news agencies — all in the name of rooting out what he called “bias” against Trump. Agency bureaucrats and journalists responded with a volley of lawsuits, whistleblower complaints and a petition demanding the removal of Pack’s appointees.

The contracts were part of his effort to reshape USAGM and purge problematic employees from the news and broadcasting groups under its authority. Pack hired two Washington firms, McGuireWoods and Caplin & Drysdale — apparently in contradiction to federal contracting regulations and guidelines, according to internal documents.

McGuireWoods has received the bulk of the payments — in excess of $3 million — for a lengthy and complex review of USAGM’s email archives. Pack initiated the review to create files documenting “employee misconduct,” as internal records refer to it, against five executive members of USAGM. He suspended and replaced all five in August.

The executives later filed a whistleblower complaint and a lawsuit against Pack, alleging they were wrongfully removed. Last week, Biden appointed a VOA employee who joined the lawsuit, Kelu Chao, as Pack’s interim replacement.

The two law firms are among the most expensive in Washington.

A July 16 “engagement” letter from the lead Caplin partner on the project, William Klimon, spells out his rates to one of Pack’s lieutenants: $735 per hour, with the range for all attorneys at his firm running from $325 to $1,470 per hour.

A similar Aug. 12 letter to Pack from McGuireWoods partner John D. Adams indicates that Adams charges $850 per hour and that attorneys in his firm range from $400 an hour “for our newest associates” to $1,400 an hour for the most senior partners — expenses extra.

The letter notes the open-ended nature of the agreement: “You acknowledge that McGuireWoods has made, and will make, no guarantee regarding either the ultimate cost (in fees and expenses) or the outcome of the Engagement.”

The McGuireWoods expenditures were the subject of a whistleblower complaint made public last week by a law firm representing the employees. That firm, called the Government Accountability Project, alleged Pack had spent as much as $2 million on the review.

According to those familiar with the contract, the figure has greatly exceeded that amount.

No similar complaint was filed against the Caplin & Drysdale agreement. Under a separate contract, the firm advised Pack about potentially dismissing and appointing board members and top officials at four nonprofits under USAGM: Radio Free Europe/Radio Liberty, Middle East Broadcasting Networks, Radio Free Asia and the Open Technology Fund. (The latter is an independent but USAGM-funded nonprofit that helps dissidents and journalists abroad get around government surveillance.)

Pack set aside as much as $375,000 for the Caplin & Drysdale contract, according to documents, although it’s not clear how much the agency ultimately spent.

Pack apparently sought Caplin’s advice because the news organizations involved are government grantees, not direct government agencies, and it was not clear how much authority Pack had to replace their leadership. He also sought to hire conservative allies under an unusual two-year contract that would guarantee their jobs even if Pack left office, unless they were convicted of a felony.

Much of Pack’s effort was undone last week by Chao, his successor.

She removed all of the Pack-appointed board members and agency heads within days of assuming leadership of USAGM. She reappointed several people Pack had removed when he took office in June. Among them was Ryan Crocker, the former U.S. ambassador to Iraq under Presidents George W. Bush and Barack Obama, whom Chao brought back to help oversee the three organizations that broadcast in Europe, Asia and the Middle East.

The law firm hires appear to violate federal regulations, according to people familiar with the rules. The contracts were awarded on a no-bid basis, which an insider said was only permissible if a federal agency supplies written documentation to justify it, which did not occur.

“My assumption [is that] Pack was in a hurry,” said David Seide, senior counsel at the Government Accountability Project, which filed the whistleblower complaint about the McGuireWoods agreement last week. He reasoned that Pack hired McGuireWoods to investigate employees because “he couldn’t get, or didn’t want, anyone in the government” to do so.

Seide said McGuireWoods began its work on Aug. 12, the same day USAGM informed the managers they were suspended, suggesting that Pack hired the firm to compile evidence against people he had already decided to suspend.

The contract was so costly, Seide said, because it required technicians to build a search tool to sort through millions of emails archived on USAGM’s server — even before the lawyers could get to work.

Mon Jan 25 , 2021
OGDEN — Before the pandemic, economist and university professor Gavin Roberts would have never imagined his academic research would take him into the realm of toilet paper. But the global spread of COVID-19 and co-occurring shortages of toilet paper and hand sanitizer provided a rare opportunity to study the effects […] 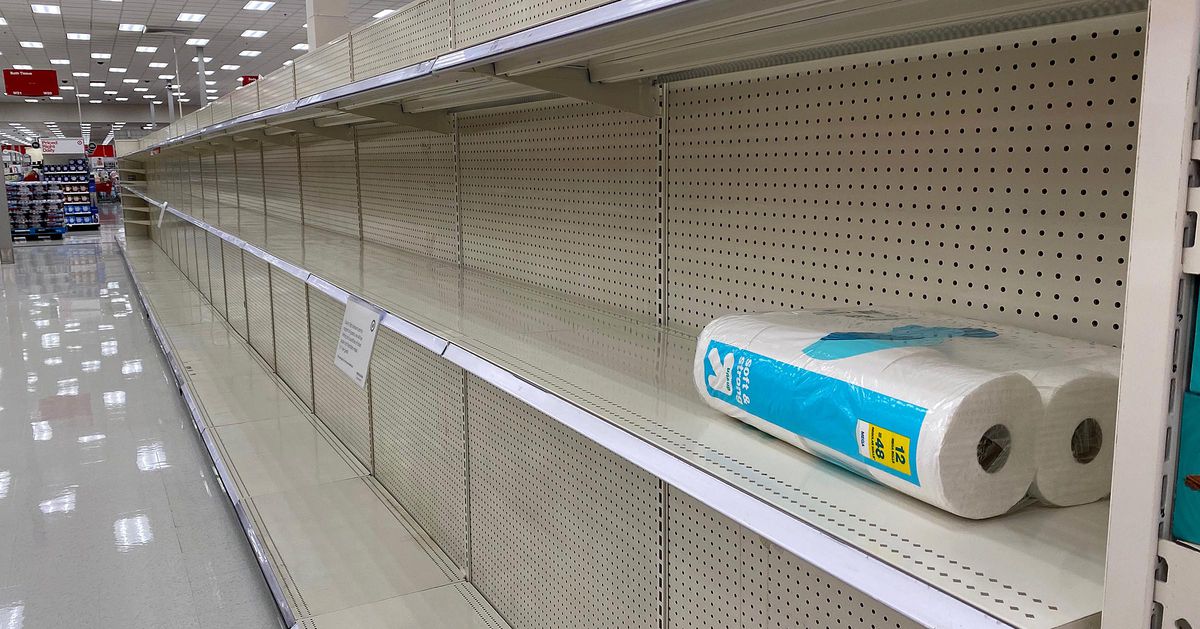