The U.S. Court of Appeals for the Second Circuit reaffirmed yesterday that the federal securities laws do not apply to “predominantly foreign” securities transactions even if those transactions might have taken place in the United States.  The ruling in Cavello Bay Reinsurance Ltd. v. Shubin Stein (No. 20-1371) reinforces the Second Circuit’s prior decisions concerning the scope of the transaction-based test that the U.S. Supreme Court announced in Morrison v. National Australia Bank in an effort to curb the extraterritorial application of the federal securities laws.

For several decades before the Supreme Court’s 2010 decision in Morrison, courts had allowed securities plaintiffs to bring “extraterritorial” claims under the federal securities laws based on some version of the “conduct and effects” test.  That test examined whether significant wrongful conduct related to non-U.S. securities transactions had occurred in the United States or whether wrongful conduct outside the United States had had a substantial effect on U.S. markets or investors.

In 2010, the Supreme Court threw out the “conduct and effects” test and announced a new “transactional” test for determining the federal securities laws’ reach.  Morrison held that the securities laws apply only to alleged misstatements or omissions made “in connection with the purchase or sale of [i] a security listed on an American stock exchange, and [ii] the purchase or sale of any other security in the United States.”  Most of the subsequent litigation has involved the second prong, for unlisted securities.

Cavello Bay (the buyer), a Bermudian company, bought shares in another Bermudian company that operates out of New York and invests in U.S. insurance services.  The transaction was a private transaction, and the seller’s shares were not listed on a U.S. exchange.  Complaining that the seller’s pitch deck had contained misrepresentations, the buyer sued in New York under the Securities Exchange Act of 1934.  The buyer asserted that the Exchange Act applied because the transaction was a domestic one under Morrison’s second prong.

The factual allegations showed the following:

The District Court dismissed the case, holding that (i) the parties had incurred irrevocable liability on the transaction in Bermuda, so the transaction was not “domestic” under Morrison, and (ii) even if the transaction was domestic, the claims still were “so predominantly foreign” as to be impermissibly extraterritorial under Parkcentral.  The Second Circuit affirmed solely on the second ground.

The Second Circuit assumed, without deciding, that the transaction was a domestic one.  The court noted the buyer’s argument that the subscription agreement did not become binding until the seller had countersigned it in New York, but it also noted the seller’s argument that the agreement became binding under New York law only when sent to Bermuda and received there.  “The particulars of this case illustrate how locating the ‘meeting of the minds’ can be arranged or confused by the parties, or can become enmeshed in state contract law. . . .  Here, the place of transaction is difficult to locate, and impossible to do without making state law.”

Accordingly, the court simply assumed that the transaction satisfied Morrison’s second prong, but nevertheless held that the deal was “predominantly foreign” and therefore outside the Exchange Act’s scope.  The court reiterated Parkcentral’s holding that Morrison’s domestic-transaction rule operates only “as a threshold requirement, and as such may be underinclusive.”  It also stressed that a court must “focus on the transaction rather than surrounding circumstances, and flexibly consider[] whether a claim – in view of the security and the transaction as structured – is still predominantly foreign.”

The Second Circuit viewed the transaction here as predominantly foreign:  it involved “a private agreement for a private offering between a Bermudian investor . . . and a Bermudian issuer . . . .”  The subscription agreement’s requirement that the shares be registered with the SEC (or meet an exemption) “may set up a future invocation of U.S. law,” but it operated only as “a mere contractual impediment to resale,” rather than as a core transactional fact.  “[T]he transaction [was] structured to avoid the bother and expense (and taxation) of U.S. law.  If either of these sophisticated institutional investors had wanted the regulatory hand of U.S. law, they could have bargained for it and structured a U.S. transaction.  The transaction implicates only the interests of two foreign companies and Bermuda.”

The Second Circuit also observed that most of the buyer’s locational allegations were “vestiges” of the conduct/effects test that Morrison had rejected and were no longer relevant to the extraterritoriality analysis.  Allegations about where the alleged misstatements were made, the nature of the securities in which the buyer’s money would be invested, and the seller’s principal place of business did not involve the transactional facts on which Morrison and its progeny require courts to focus.  “The contacts that matter are those that relate to the purchase and sale of [the] securities” at issue in the fraud claim.

The Cavello Bay decision does not break new ground, but it is another reminder that determining whether a securities-law claim seeks impermissible extraterritorial application of U.S. law requires parties and courts to focus only on transactional allegations (not on allegations concerning the underlying fraud) – and that even such allegations will not necessarily be dispositive if the transaction otherwise seems predominantly foreign.  The opinion acknowledges that parties – especially sophisticated ones – have some leeway to structure predominantly foreign transactions even if certain elements might touch the United States.

The decision also might underscore the existing tension between the Second Circuit’s Parkcentral ruling and the Ninth Circuit’s 2018 decision in Stoyas v. Toshiba Corporation, a case involving unlisted, unsponsored American Depositary Receipts.  Unlike the Second Circuit, the Ninth Circuit seems to have viewed the existence of a domestic transaction as the end of the Morrison inquiry, rather than as merely a “threshold requirement.”  Stoyas did not contemplate the additional analysis of “predominant foreignness” that the Second Circuit conducted in Parkcentral and Cavello Bay even after assuming the existence of a domestic transaction under Morrison’s second prong.  (However, the Ninth Circuit shifted consideration of some of those issues to Exchange Act § 10(b)’s separate requirement that the alleged fraud have occurred “in connection with” the purchase or sale of securities.)

Wed Jan 27 , 2021
NEW DELHI—Months of protests by Indian farmers turned violent Tuesday as security forces used tear gas and water cannons on some of the tens of thousands of tractors that broke through barriers to escape police-approved routes around the capital. The farmers, who have been camped around New Delhi for nearly […] 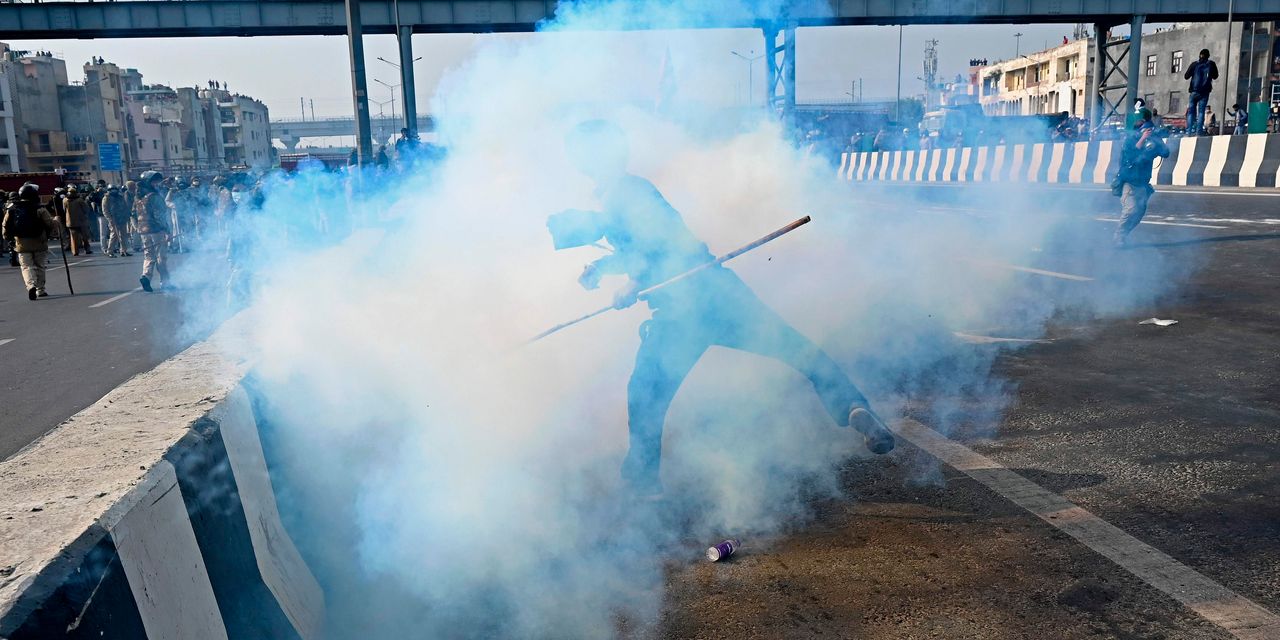