This post is part of Outward, Slate’s home for coverage of LGBTQ life, thought, and culture. Read more here.

Anti-trans laws and bills are flooding state legislatures throughout the country. Some, like Arkansas’, make it a crime for doctors to treat trans kids with the gender-affirming medical care they need. Others, like Mississippi’s, prohibit trans girls and women from competing in sports. On Wednesday night, West Virginia followed Mississippi when Republican Gov. Jim Justice signed his state’s unjust anti-trans sports bill into law.

These measures are devastating. They force trans kids and their families to leave entire states and regions of the country. They exacerbate trans kids’ already alarmingly high suicide rates by withholding necessary medical interventions from them. They taint doctors who provide gender-affirming care to trans kids as the worst kinds of criminals, as some states, like Texas, include trans medical care in the same penal code that criminalizes sexual assault, forced child marriage, and human trafficking.

A daily email update of the stories you need to read right now.

As devastating as these measures are, they will backfire, ending the states’ ability to define the very thing they claim they want to protect: sex.

Anti-trans laws say they’re protecting children, but what they’re really protecting is a narrow biological definition of sex. Consider Florida’s anti-trans bill, which, if passed, would make it a crime for health care providers to change the sex of minors. Like many other anti-trans measures, Florida’s defines “sex” as “the biological state of being female or male based on sex organs, chromosomes, and endogenous hormone profiles.” While the bill doesn’t define “sex organs” explicitly, it does so implicitly by listing a “mastectomy” as a prohibited act when performed on a minor. In so doing, Florida is equating sex and breasts, suggesting that having breasts is an essential part of “the biological state of being female” in Florida.

Is that true? Are breasts what make a woman a woman in Florida?

What about transgender adults in Florida? Must they have (or lose) breasts to change their legal sex? Again, no. To change one’s legal sex in Florida, an applicant must submit a doctor’s letter indicating that the applicant “is undergoing appropriate clinical treatment for gender transition,” which could mean breast surgery but also verbal counseling.

It turns out, then, that Florida, like nearly every other state with an anti-trans measure, defines “sex” as “breasts” for trans kids only. The same goes for Florida’s other definitions of sex, hormones and chromosomes. They, too, apply only to trans kids, as Florida doesn’t subject any of its other residents to routine hormone and chromosome tests.

But there’s a deeper problem with legal definitions as relative as Florida’s definition of sex. Like a lepidopterist, Florida is using its anti-trans laws to pin down a single definition of sex ostensibly grounded in biology. But in so doing, Florida is letting its butterfly get away. Should Florida’s anti-trans bill become a law, sex in Florida would be relative and contextual—both breasts and not breasts—rather than absolute and fixed. Florida is using its anti-trans law to show that sex is one thing, but its implementation in Florida would prove that sex is many things.

We’ve been here before—sort of. Once upon a time, states approached race much like they approach sex today. They defined race in biological terms and argued that legal race reflected biological truths. They recognized only two races, “whites” and “coloreds,” and made it a crime for them to mix. They determined someone’s race based on physical characteristics, like skin color, hair texture, and anatomy, and on lines of descent. They argued that race was absolute, not relative.

Once upon a time, states approached race much like they approach sex today.

The problem was that, in practice, race regulation showed that legal race wasn’t based on biological truths and wasn’t absolute. The legal definition of race varied between states; someone could be “colored” in Louisiana and “white” somewhere else. The legal definition of race also varied within states; the same person could be both “colored” and “white,” depending on the official charged with making that assessment.

This system, the infamous Jim Crow, collapsed in time, unable to bear the weight of so much variation and inconsistency. If legal race reflected invariable biological truths, then why was the definition of legal race so variable? It took a long time for the Supreme Court to agree with that argument, but it eventually did, leading to the end of states’ power to define legal race at all.  This is why, for example, the United States Census Bureau says the following about race on its website: “The racial categories included in the census questionnaire generally reflect a social definition of race recognized in this country and not an attempt to define race biologically, anthropologically, or genetically.”

In the long term, a similar fate will befall states’ power to define legal sex and states’ division of sex into male and female—a division that Black feminist and civil rights leader Pauli Murray termed “Jane Crow.” In the short term, anti-trans measures, which are but one aspect of Jane Crow, are unlikely to survive the constitutional challenges that await them. For starters, they are riddled with inconsistencies. Why, for example, is it not a crime for doctors to treat kids with human growth hormone to alter their bodies but a crime for doctors to treat trans kids with estrogen or testosterone to alter their bodies? In addition, anti-trans measures violate past and recent Supreme Court precedents on sex equality and LGBTQ rights, like United States v. Virginia and Bostock v. Clayton County. Most of all, though, anti-trans measures violate what Samuel Warren and Louis Brandeis called “the right to be let alone,” a cornerstone of American law and a principle on which people of all political orientations can surely agree.

Once these anti-trans laws fall, Jane Crow won’t be far behind. Like her brother Jim, Jane will also collapse, unable to bear the weight of so much variation, relativity, and inconsistency. And when that happens, we’ll look back and identify anti-trans measures as one of the reasons why.

Slate is covering the stories that matter to you. Become a Slate Plus member to support our work. Your first month is only $1.

Sun May 2 , 2021
A Maryland judge issued a 252-page decision Thursday that tenants at a Baltimore-area apartment properties co-owned by Jared Kushner, former President Donald Trump’s son-in-law, were misled by Westminster Management and the company JK2 about the conditions of the apartments and were often unable to see them until they moved in, […] 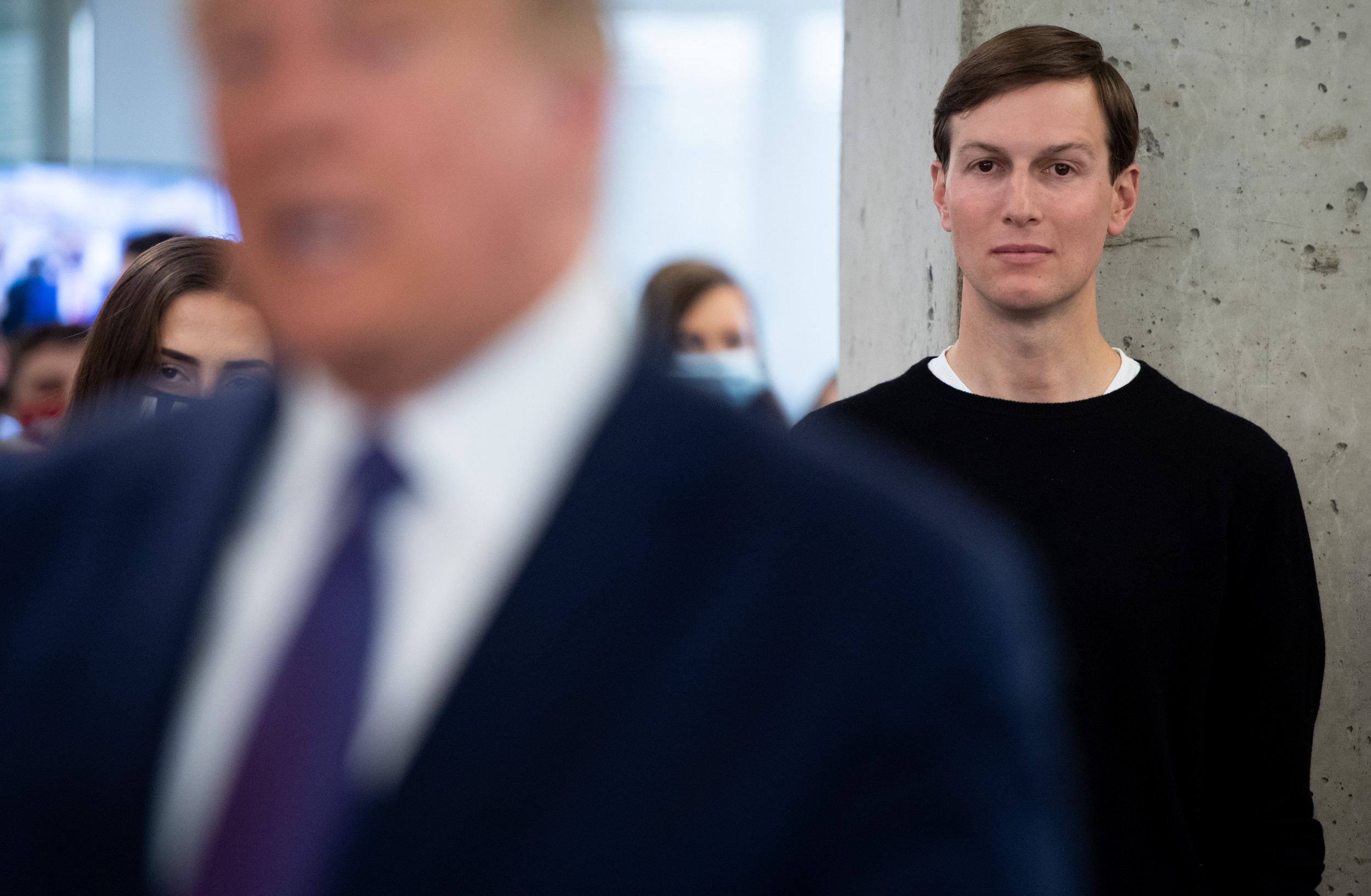