FRANCONIA — The state’s Executive Council and governor went on the road, meeting at Cannon Mountain where they discussed the future of its tramway, sole-source contract, and a new law restricting abortions.

Meeting in the Peabody Lodge at the base of the ski area, Gov. Chris Sununu also made several commendations and nominated a member of his staff to be deputy commissioner of the new Department of Energy.

Christopher J. Ellms Jr. of Concord, who has served as the governor’s legislative director since 2018, will earn $102,336 if confirmed.

This follows several nominations from the governor’s staff to top-level posts including John Formella, Attorney General, who served as the governor’s legal counsel.

Sununu honored a number of North Country residents, including Jere Eames of Littleton for lifelong community and civic service, Mike Henriques, retired head of school at Proctor Academy in Andover and Donna Sargent of Ossipee for her 51 years of social service work, including at child and family service levels.

When asked by Sununu how Sargent jumped into supporting her community, she responded, “Family planning. Which isn’t abortion.”

Shibinette reiterated there is a chance that care to patients at those facilities could be delayed if financial audits are drawn out and not confirmed by the council by the end of the summer.

Warmington also got confirmation that private insurers will pay for ultrasounds mandated as part of a separate budget package provision for all women seeking abortion to determine gestational age of a fetus. The state does not expect a spike in costs, which would be borne by other consumers in their premiums.

Much of the council’s debate revolved around the issue of contracts that did not have a competitive bid.

Councilor Ted Gatsas (R-Manchester) and Warmington pressed the governor and Department of Administrative Services Commissioner Charlie Arlinghaus on the subject. Warmington criticized him for sending a memo out to department heads about how to characterize bids that are sole-source and Gatsas said he would move to table all sole-source contracts going forward.

The council then voted to table a sole-source Business and Economic Affairs contract with OutreachSystems.com for a software contract.

It did approve the governor’s nomination of Chris Keating of Tuftonboro to the New Hampshire Circuit Court with Executive Councilor Joe Kenney saying Keating would make a ”good rural justice.”

The meeting included lunch at the top of Cannon Mountain, and the council traveled to it in the aerial tramway. The tram may be refurbished or replaced in the coming years or replaced by a gondola, but John DeVivo, who is in charge of operations, said it might cost as much as $20 million to replace the tram

The council will next meet Aug. 4 at the Keene Public Library and will continue to visit the state’s five council districts throughout the summer months.

Thu Jul 15 , 2021
A congressman who supervises the Defense Department’s tech spending dumped up to $250,000 worth of Microsoft stock two weeks before the Pentagon revealed it was canceling a $10 billion contract with the software giant, according to public documents. US Rep. Pat Fallon, a Texas Republican who sits on a key […] 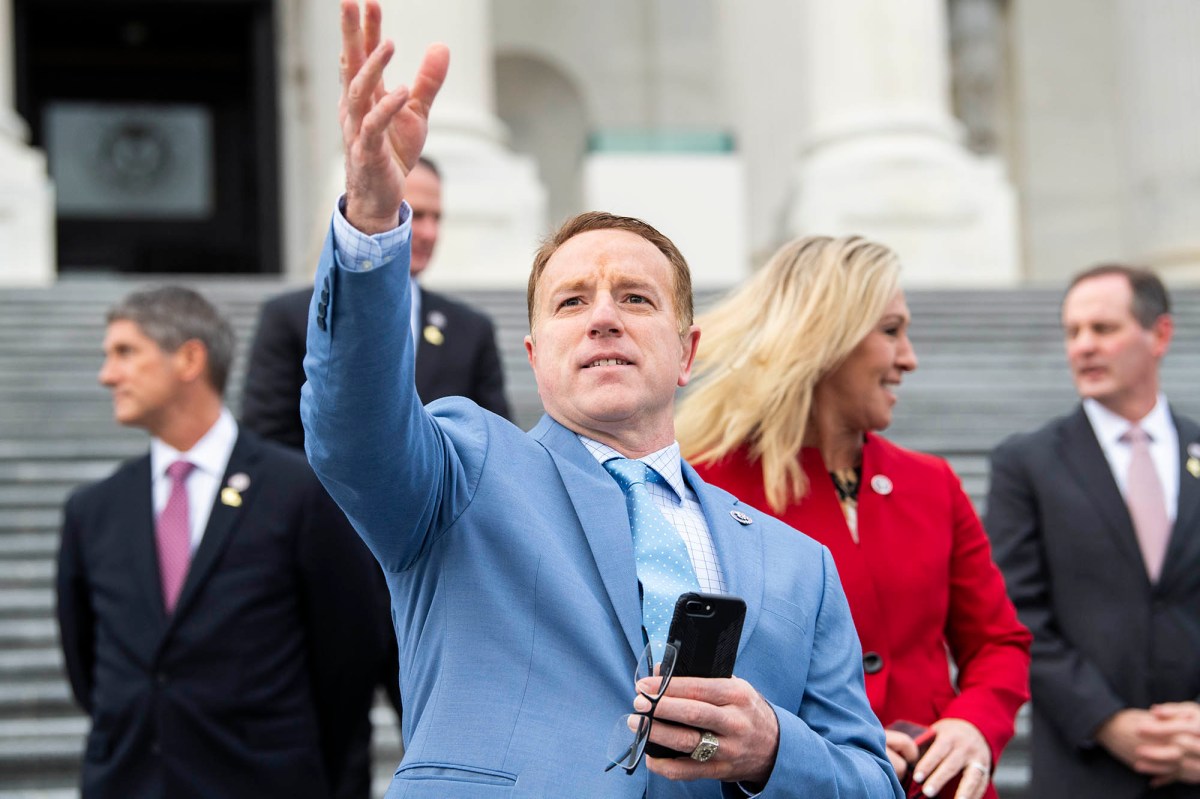