A drone manufacturer really really wants cops to start inviting drones to their raiding parties. This will bring “+ whatever” to all raiding party stats, apparently. BRINC Drones is here to help… and welcomes users to question the life choices made by company execs that led to the implementation of this splash page:

If these cops don’t really look like cops to you, you’re not alone. And by “you,” I also mean BRINC Drones, which apparently wants to attract the warriors-in-a-war-zone mindset far too common in law enforcement. BRINC has a new drone — one that presents itself as warlike as its target audience.

The LEMUR is built by BRINC Drones to help police locate, isolate, and communicate with suspects. It has an encrypted cellphone link for two-way communication and can right itself if it crashes upside down. But it’s that remarkable glass smasher that sets it apart from the many other police drones we’ve seen.

BRINC says the 5-inch blade has tungsten teeth and can spin at up to 30,000 RPM. It’s enough to break tempered, automotive, and most residential glass. It’s an add-on feature to the drone, but it can be quickly attached with three thumb screws.

Whatever tactical gains might be made by a two-way communication device for negotiations will presumably be undone by the Black Mirror-esque destruction of windows by a remotely controlled flying nuisance. Assuming the suspect isn’t able to, I don’t know, throw a coat over the drone, negotiations will proceed between the human person and the bug-like drone sitting on the ground in front of them.

And let’s not underplay the window-smashing. Cops do love them some broken windows. Break a window, justify your policing, as the old “broken windows” philosophy goes. “Command presence” is the term often deployed to excuse the physical destruction that precedes physical violence by police officers. Disorient and disarm. That’s why cops smash all the doors and windows they can when raiding houses.

But if you give cops a specialized tool that is cheap to buy and cheap to replace, it will swiftly move from a last resort to Plan A. Case in point: flashbang grenades. These are not harmless weapons. They are war weapons designed to disorient lethal forces. Instead of being used in only the most desperate of situations, they’re used as bog standard raid initiators. That’s how they end up in the beds of toddlers, resulting in severe burns — something the involved cops claimed was an innocent mistake. How could they have know the house might have contained children, they said stepping over a multitude of children’s toys scattered across the lawn of the house they were raiding.

This drone will become as common as a flashbang grenade if they’re cheap enough to obtain. The difference between a severely burned toddler and a flayed toddler is something the courts will get to sort out. And no matter how the court decision goes for cops, no one can put the skin back on injured toddlers. “By any means necessary,” say drug warriors, forgetting the Constitution and a bunch of other state-level safeguards are in place to supposedly prevent the ends from justifying the means.

But there’s even more here. And the “more” is inadvertently hilarious. BRINC claims its drone can open doors. But that’s only true if by “open” you mean “make incrementally more open.” Check out the drone “opening” a door in this BRINC promotional video.

It gets funnier when you add physics to the mix. BRINC promises cops a warlike machine. Science says theses drones can be swiftly turned from aggressors to victims simply by allowing the drones to operate in the advertised manner.

Viewers of Battlebots know if a whirling blade comes into contact with a stationary object, at least SOME of the energy is absorbed by the blade. A 2.4-pound drone would be knocked reeling from a 30,000 rpm collision. The video doesn’t actually show that moment of impact, but the fact it hits the floor upside down suggests there’s no fancy electronics or damping to keep it stable.

Sure, we can laugh at this now. And we can hope our local law enforcement officials aren’t so taken in by a presentation that keeps its boots slick with saliva. But tech will keep moving forward and BRINC’s fantasies will edge closer to reality.

But what we have to ask ourselves (and hope our government agencies will consider) is how much this actually might subtract from the deadly human costs of police-citizen interactions. Sending a drone smashing through a window hardly sounds like de-escalation, even if the end result is a walkie-talkie hitching a ride on a modded tech toy. There’s still a lot of intrinsic value in human interactions. Putting a flying buffer between law enforcement and those they’re attempting to “save” sounds like a recipe for more violence, rather than less. The physical approach of dystopia through a recently shattered window is hardly calming, especially for those already on edge.

Thank you for reading this Techdirt post. With so many things competing for everyone’s attention these days, we really appreciate you giving us your time. We work hard every day to put quality content out there for our community.

Techdirt is one of the few remaining truly independent media outlets. We do not have a giant corporation behind us, and we rely heavily on our community to support us, in an age when advertisers are increasingly uninterested in sponsoring small, independent sites — especially a site like ours that is unwilling to pull punches in its reporting and analysis.

While other websites have resorted to paywalls, registration requirements, and increasingly annoying/intrusive advertising, we have always kept Techdirt open and available to anyone. But in order to continue doing so, we need your support. We offer a variety of ways for our readers to support us, from direct donations to special subscriptions and cool merchandise — and every little bit helps. Thank you.

Thu Mar 25 , 2021
“We can’t give out the ultimate punishment without being 100% sure that we’re right. And we can’t sentence people to that ultimate punishment knowing that the system doesn’t work the same for everyone,” Northam, a Democrat, said ahead of signing the legislation at the Greensville Correctional Center, which houses Virginia’s […] 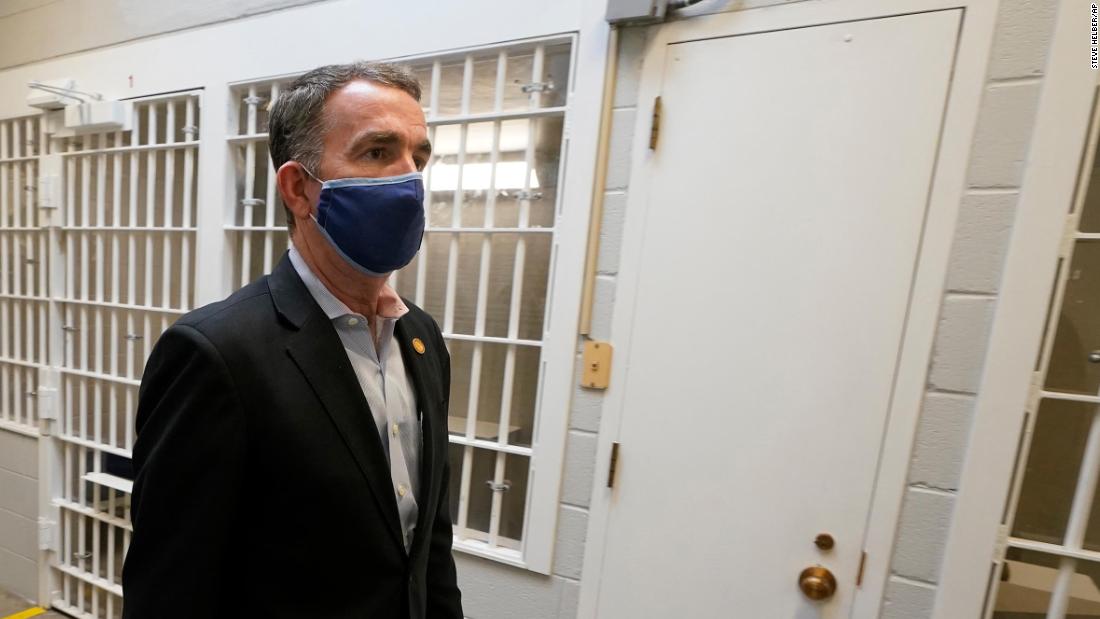