One of Denver’s pilot programs to divert low-level offenders out of the criminal justice system is one step closer to being renewed for another year. Denver’s Safety, Housing, Education and Homelessness subcommittee approved a $1 million contract between the city’s Law Enforcement Assisted Diversion program, or LEAD, and its service provider, the Empowerment Program, on Wednesday.

Rather than booking individuals for charges like prostitution, drug possession or trespassing, police have the option to connect individuals with LEAD. However, LEAD has also branched out to include outside referrals, so individuals can access their services proactively rather than as an alternative to arrest.

“We’ve heard from the community pretty loud and clear that if we can avoid having a person that we’re working with, who’s usually experiencing homelessness or dealing with some sort of behavioral health issue… it’s better to avoid police interaction altogether,” LEAD’s Program Administrator Kevin Kelly said.

He expects LEAD’s contract with the Empowerment Program to pass City Council without issue.

Since its launch in Denver in February 2019, LEAD has helped 118 individuals in the community by providing services like health care, housing and substance abuse treatment. The initiative is part of a national model created in Seattle.

A different and newer Denver pilot program, called the Support Team Assisted Response program, or STAR, has also been in the news lately. Launched in June 2020, this initiative diverts some 911 calls directly to social workers and other health care professionals, avoiding police contact completely.

Kelly acknowledged that both programs are very similar in scope. When asked what the concrete differences were, Kelly said officials “are still figuring that out.”

“There’s certainly a lot of overlap between us and STAR,” he said.

But there are differences. STAR diverts 911 calls before police contact occurs, while LEAD is slowly pivoting from a pre-booking alternative to proactively providing services.

Another difference between the initiatives is that LEAD offers numerous services in-house, through their contract with The Empowerment Program that was approved Wednesday.

“The average length that we have a client in our program is about a year,” Kelly explained. “So we’re a little bit more about long-term working on stability.”

“The goal of the STAR program is to address the initial crisis on the street, and to direct, refer, and transport the client,” Department of Health and Environment spokeswoman Emily Williams said in an emailed statement.

But both programs’ ultimate goal of diverting low-level offenders out of the criminal justice system is identical, and both are cutting police contact out of their process.

“I think overall what the office of behavioral health strategies is trying to do is provide a lot of different options for folks having behavioral health crises, so it’s a several-prong approach,”  Williams said.

LEAD is entirely funded by Marijuana Cash Tax Fund, while STAR is funded through the Denver General Fund.

Wed Jun 9 , 2021
Minneapolis – Former Minneapolis convicted of third-class murder in a shooting death of an Australian woman who called 911 behind her on Wednesday to report a possible sexual assault by the Minnesota Supreme Court. At home listening to oral arguments in the case of police officer Mohammed Noor. Noor’s lawyer […] 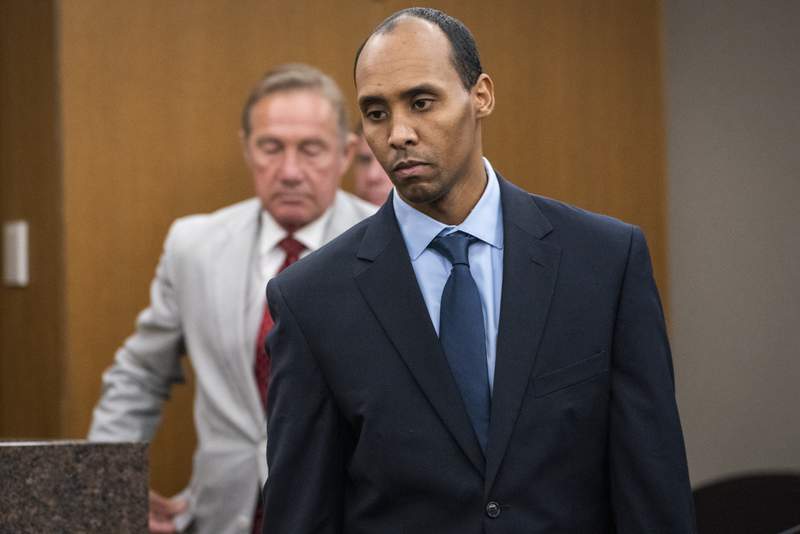