Williamsport City Council approved a construction contract of $628,460 awarded to Dakronics Thursday night for the business to build a video scoreboard for use at Bowman Field.

Dakronics is a company based in Brookings, South Dakota.

The digital scoreboard will either be installed in time for this year’s Crosscutters’ baseball season in late May or in autumn, Jon Sander, city engineer, said.

Additionally, the Crosscutters are contributing $100,000 toward the construction cost of the video scoreboard, according to Gabe Sinicropi, Crosscutters vice president, marketing and public relations.

Sinicropi noted that this scoreboard is the latest in technology and can be used by the city for entertainment purposes such as a movie night if the city were to receive the proper clearance.

But for the most part, the scoreboard will allow the stadium to remain “relevant” and for the first time provide “digital” capability during games and for other events, he said.

The cost of the scoreboard is paid for through a $1.25 million state Redevelopment Assistance Capital Program grant awarded to the city four years ago. At the time, Gov. Tom Wolf said he wanted to see the investment. The grants are administered through the state Office of Budget.

The grant also was used to expand the press box and provide new locker room facilities.

Cost of the scoreboard went up over the years and is about $60,000 more than the grant covered, according to Council Vice President Liz Miele.

The delay in the ballfield not getting the video scoreboard built was due to what Miele described as “hiccups” and “bidding snafus” that took place in a prior administration.

Council also approved a city website design and development service. Spyke M. Krepshaw will do the design for $6,000.

Krepshaw designed the River Valley Transit website and has promised the city website will be worker- and- user-friendly.

Krepshaw is assistant professor of web and interactive media at the Pennsylvania College of Technology.

• Hiring McCormick Law Firm as solicitor, Casale and Bonner as assistant solicitor and Summers Nagy Law Offices as transit solicitor. The request for proposals is for the attorneys to submit hourly rates rather than pay retainer fees. The transit solicitor may act in the event of any conflict of interest, Miele said.

• Approving a street construction contract to Glenn O. Hawbaker for $872,916.

• Approving a subdivision at 1020 Washington Blvd. on behalf of owner Lee Viard.

Today’s breaking news and more in your inbox

Sat Feb 20 , 2021
National Review China Betrays Its Deal with the Vatican Beijing has quietly indicated that it will soon abrogate its “breakthrough” 2018 agreement with the Vatican, which was meant to settle a decades-long dispute over the appointment of bishops in China. In November, shortly after exchanging diplomatic notes verbales with Rome […] 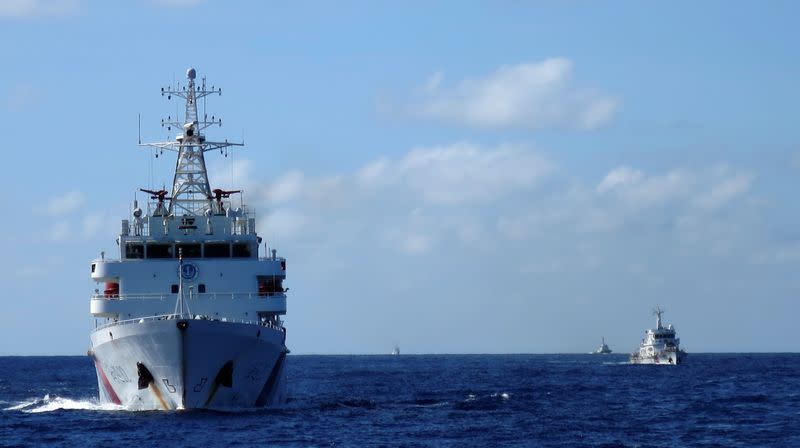