It doesn’t matter how good your company, your bid, or your past performance might be. If you skip a detail of the agency’s instructions, you can’t win. Or you take them to court. That’s the gist of what should have been a routine procurement by the Department of Homeland Security. Smith Pachter McWhorter procurement attorney Joseph Petrillo brought the details to Federal Drive with Tom Temin.

Tom Temin: And Joe this sounds like it should have been a routine kind of procurement for a routine service, but it turned out to be anything but. Tell us the case.

Joe Petrillo: This went off the rails. This is a decision by the US Court of Appeals for the federal circuit a case called Safeguard Base Operations v. the United States and B&O Joint Venture. It was an acquisition by the Department of Homeland Security for a contractor to run the dormitories at a federal law enforcement training center in Georgia. Pretty long contract, base period plus seven optional years, and it had a fairly extensive pricing matrix in addition of course to the usual technical proposal requirements. Pricing matrix went on for 30 pages, required different kinds of prices for this and that to have the line items in each contract period — had basically numbers that DHS did not want the contractor to propose. They were replacing broken equipment in the dormitories and certain supplies and equipment used in the maintenance process, and the reason is they weren’t going to vary by offeror — presumably, TV broke, whoever was the contractor would replace it, and so the solicitation said in capital letters do not submit pricing for these CLIN. However, during the procurement and there were hundreds of vendor questions, the answer to one of the questions said oh yeah here are the numbers you should insert in those CLIN as plug numbers.

Tom Temin: In other words, don’t leave them blank because we didn’t ask for a price, put in this price as a placeholder instead of leaving it blank is what DHS was saying.

Tom Temin: Or they could have left them out altogether , a contractor will pay a fixed price for replacement ,but no

Joe Petrillo: I guess yeah there would be a way to do that as well, although I think when you’re putting the contract together for budgeting purposes you want to have some number in there, so what you’ve got therefore is a situation where the solicitation instructions, which were never changed, said one thing, answer to a vendor question said something else. So after the procurement was completed there was an announcement of B&O as the winning offeror, the selected contractor. Safeguard had a debriefing and protested. And this began a very lengthy process there were three GAO protests, two of which ended in corrective action. The last one of which Safeguard lost. It went to the court of federal claims and lost again, and finally went to the court of appeals for the federal circuit and that’s how we got to where we are.

Tom Temin: And the basis of the final loss to Safeguard was how they handle those blank CLIN items, where they should have plugged in the government’s price but instead they left it blank.

Joe Petrillo: Exactly. What happened in this instance was that in the three source selection decisions, the reasons for the award kept changing, the awardee never changed but the reasons changed. And at the end of the day the critical factor was that Safeguard had not put numbers into those blanks and was disqualified. And it lost again at the at the federal circuit, there was a three judge panel, and two of the judges decided that the solicitation as a whole wasn’t ambiguous, that the answer to the question may have meant you should put the numbers in there, do not submit pricing, really didn’t tell offerors something different, and the solicitation warned offerors that failure to include information that was required could lead to the elimination of the proposal — and they found nothing wrong with the agency using its discretion to do that.

Tom Temin: Yeah so basically it was an arcane matter though the agency said you have to plug in these numbers into these CLIN for the broken TV for example, $300 whatever it was, even though they said don’t submit actual bids for that line item but you couldn’t leave it blank, you had to put in the government numbers — and so leaving it blank meant you were technically violating the rules of the solicitation.

Joe Petrillo: That’s the way that two of the three judges saw it, that third judge looked at the solicitation felt that under the rules for resolving ambiguities and inconsistencies, the solicitation instructions would be more important than the answer to the vendor’s question. And the dissenting judge also pointed out that of the seven offerors, four of them were disqualified for this very reason. So one can debate the legal niceties of whether this should have been done or shouldn’t have been done under the rules for bid protests, but if you are conducting your procurement, and the majority of the offerors disqualified for something that is not a substantive issue, that simply is confusion about how to fill out a form that really doesn’t matter in the pricing because the number is the same for everyone. There’s clearly something wrong going on here with the acquisition.

Tom Temin: Well, but that’s bureaucracy for you. And if you are bidding to a bureaucracy, you got to do what the bureaucracy requires.

Joe Petrillo: That is the moral of the story.

Joe Petrillo: Exactly, at least as the appellate court is ruling on it.

Tom Temin: And briefly, the actions of the Federal Circuit Court settled an issue of jurisdiction, by the way, kind of a separate side note to this case, but in deciding that they also decided a jurisdictional dispute that’s been debated what for 20-30 years.

Joe Petrillo: Exactly. This is the sort of fine issue that lawyers love to discuss and debate. So if you think about the process of bid protests, and in court, they initially started in 1956 with a line of cases that said, if you submit a proposal, there’s an implied contract that the government’s going to give it fair and impartial consideration, if they breach that you’re entitled to damages. Basically, the cost of preparing your proposal. And then the law developed and the district courts got into the job of actually issuing injunctions and bid protests. Congress decided to get the court of federal claims involved, and then in 1997, passed a law that ultimately phased out the district courts and centralized those procurement protests in the court of federal claims. The question is did this theory of an implied contract persist? And Safeguard in its complaint did include that theory, and I think that was pretty clever. They were they were tying it into the implied duty of good faith and fair dealing, and trying to make an argument under that as well. The fact of the matter is the court of federal claims judges had split on whether or not that implied contract theory survived the 1997 statute. And the Federal Circuit looked at the language of the statute, looked at what Congress said about it when they passed the law — and they felt very clearly that there was no reason to change the jurisdiction that existed before the statute that Congress didn’t intend that and so the implied contract theory remains and persists.

Tom Temin: Alright. So that’s a good tool for contractors to know about that they have that has been kind of dormant for a long time.

Tom Temin: Joseph Petrillo is a procurement attorney with Smith Pachter McWhorter. Thanks so much.

Wed Mar 31 , 2021
Seventy-five years ago this July, a World War II veteran named Maceo Snipes reportedly became the first Black man to cast a ballot in his rural Georgia county. The next day, a white man shot him in his front yard, and Mr. Snipes soon died from those wounds. Fortunately, three […] 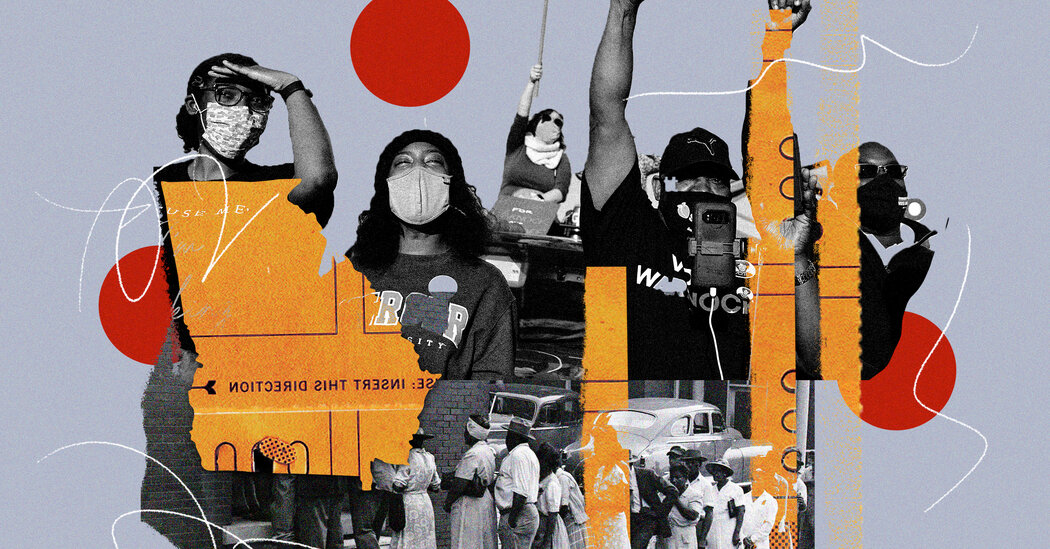