Rep. James Clyburn advocated for the Biden administration to consider Judge J. Michelle Childs for a potential Supreme Court appointment, according to a report, adding yet another name to the speculative list of potential high court nominees.

The New York Times reported that after Clyburn, D-S.C., visited with President Biden in the Oval Office, he went to Vice President Harris’ office to float Childs as a potential justice.

Childs, a federal district judge in South Carolina, would be the first Black woman to sit on the Supreme Court.

A spokesperson for Clyburn said that longtime lawmaker has told the White House he believes Childs deserves to be elevated to a higher federal court, even if just to the appeals level. Notably, there is one vacancy on the D.C. Circuit Court of Appeals — considered the second-highest court in the land — and another that will soon be open once Judge Merrick Garland is confirmed to be the attorney general.

Clyburn is the highest-ranking Black member of Congress and is widely credited with helping save Biden’s primary campaign. Biden was lagging significantly behind expectations after the Nevada caucuses. But an endorsement from Clyburn helped Biden come roaring back before his massively successful Super Tuesday.

Most other names who have been floated for Supreme Court appointments have come from outside groups and not lawmakers, so Clyburn’s support gives Childs instant credibility as a contender.

She then worked in private practice for eight years before holding various positions in the South Carolina government. She started her career as a state judge in South Carolina in 2006.

There is no vacancy on the Supreme Court, but it is widely speculated that Justice Stephen Breyer will retire during Biden’s current term, potentially after the current Supreme Court session that ends in late spring. Further, Justices Clarence Thomas, Samuel Alito, Sonia Sotomayor and Chief Justice John Roberts are all over 65 years old.

Childs would join Justice Amy Coney Barrett as the only justices not to hold Ivy League law degrees. Barrett is a graduate of Notre Dame Law School.

The White House and Clyburn’s office did not respond to requests for comments on the conversation between the powerful House member and the vice president.

Biden has not taken a public stance on the issue of adding Supreme Court justices — a practice called court-packing — but if there is a death or a retirement among the current justices he would not need to add Supreme Court seats to get Childs or any other judge on the court.

If Biden does get a Supreme Court appointment before 2022, however, it’s likely that nominee will face a tough fight in the 50-50 Senate. If Republican senators are united against the nominee — which is not a guarantee, as both of Obama’s nominees got several GOP votes — then that nominee could not lose any Democrat votes and still be confirmed.

Tue Feb 23 , 2021
Former US Capitol Police Chief Steven Sund has defended the actions of his department during the 6 January riots by claiming the attendees were “criminals prepared for war”. “We properly planned for a mass protest and civil unrest,” Mr Sund said during his testimony to Congress on Tuesday regarding the […] 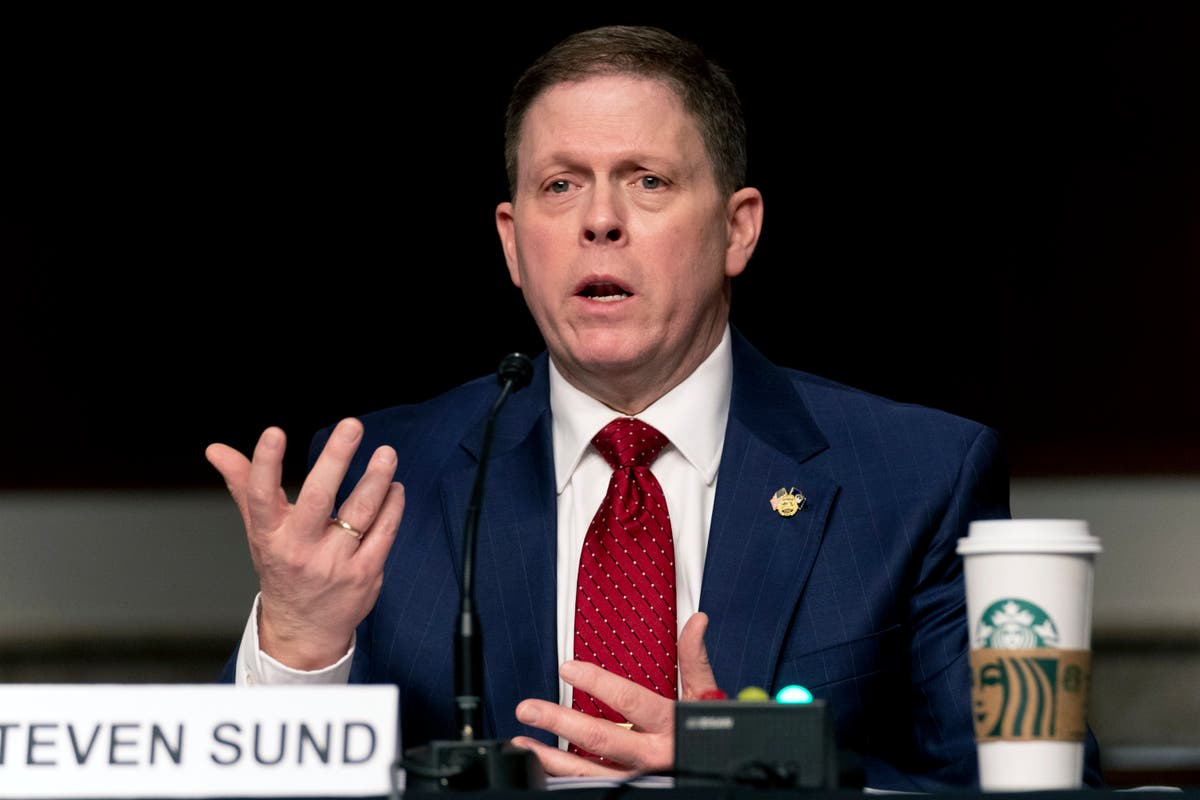