Former US Capitol Police Chief Steven Sund has defended the actions of his department during the 6 January riots by claiming the attendees were “criminals prepared for war”.

“We properly planned for a mass protest and civil unrest,” Mr Sund said during his testimony to Congress on Tuesday regarding the events at the US Capitol.

“But what we got was a military-style assault on my officers and a violent takeover of the Capitol building,” he continued.

Following the deadly events of that day, which resulted in multiple casualties and five deaths including a Capitol police officer, Mr Sund resigned from his post. When speaking to Congress, he said that the police department lacked sufficient warnings to prepare for the rioters. Calling in the National Guard was also delayed, he said.

“Casting blame solely on the United States Capitol Police leadership is not only misplaced, but it also minimises what truly occurred,” Mr Sund said in his opening remarks, reiterating the department did everything they could to prepare.

“No entity, including the FBI, provided any new intelligence on 6 January,” he added.

But several reports have indicated that federal agents did provide warnings to different agencies in DC about the severity of the protest ahead of 6 January. Online social media traffic showed rioters expressing their plans ahead of the attack.

“These criminals came prepared for war,” Mr Sund continued. “They came with weapons, chemical munitions and explosives. They came with shields, ballistic protection and tactical gear. They came with their own radio system to coordinate the attack, as well as climbing gear and other equipment to defeat the Capitol’s security features.”

His testimony came during a hearing held by the Senate homeland security and rules committees on Tuesday. Lawmakers called several former and current leaders of agencies involved in protecting the US Capitol on 6 January to better understand what went wrong during the riots.

One big issue with the attack from that day was how long it took for the National Guard to be approved to assist Capitol police officers on that day.

Mr Sund testified that the request to bring in the National Guard was made at 1.09pm on 6 January to former House Sergeant at Arms Paul Irving, who also resigned following the riots.

This request was not approved for an hour until 2.09pm, Mr Sund said.

Mr Irving claimed he had “no recollection of a conversation with Chief Sund at that time,” but said the National Guard approval likely occurred around 1.30pm.

The former police chief resigned from his post on 7 January after House Speaker Nancy Pelosi condemned the preparedness of the Capitol Police for the protests and called for his resignation.

But he told lawmakers on Tuesday that he regretted resigning.

“I certainly do regret resigning,” Mr Sund said. “I love this agency. I love the women and men of this agency, and I regret the day I left.”

Tue Feb 23 , 2021
Peaky Blinders: Tommy gets arrested following shoot out The cruel exploits of the real-life gangsters that plagued the backstreets of Birmingham have been brought to life in the BBC show Peaky Blinders. But the crime drama, which is based on true events told to creator Steven Knight, was said to […] 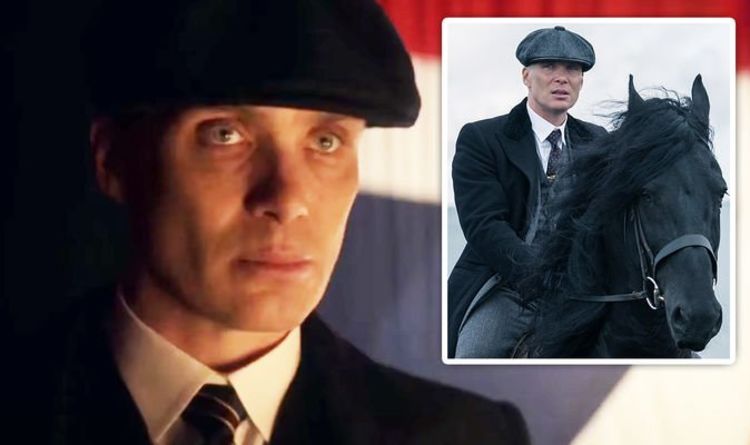