While COVID-19 forced us to work under lockdown last year,
Canada’s court system continued to conduct hearings
electronically.  In doing so, the highest courts in the land
delivered a number of precedent-setting decisions which have
changed the way that we view written contracts under the
law.  While these decisions have been praised as positive
developments, they have also been met with controversy, in that
there is some concern that they may compromise the sanctity of
written agreements.

Last June, the Supreme Court of Canada handed down a
long-awaited decision which held that a term in a standard form
contract cannot be enforced if it unfairly deprives the weaker
party of its right to pursue a dispute remedy against the stronger
party.

In Uber Technologies Inc. v. Heller, a driver who
worked for Uber Eats had to accept a standard form employment
contract when he signed-on with the company.  The contract
contained a term which stated that any disputes that he had with
his employer were to be resolved through mediation and arbitration,
which had to take place in the Netherlands.  The driver
commenced a class action lawsuit against Uber in 2017, where he
alleged that the company had violated employment standards
legislation.  Uber moved to stay the action on the basis that
the dispute raised must be dealt with by arbitration in the
Netherlands, as per the terms of the employment agreement.

In response, the plaintiff argued that the arbitration clause
was not enforceable on the basis that it was unconscionable.
Specifically, he stated that being required to follow the
arbitration clause in this employment contract would cost him most
of his annual income just to address the dispute.  As such, he
took the position that the clause unfairly deprived him of a
realistic means of pursuing any dispute against his employer.

Uber’s motion reached the Supreme Court, where the majority
held the arbitration clause was indeed unconscionable and therefore
unenforceable.  The court explained that the doctrine of
unconscionability is particularly applicable to standard form
contracts, which often create an imbalance of bargaining power and
give a stronger party an unfair advantage over its weaker
counterpart.  In this case, the plaintiff was clearly the
weaker party to the employment agreement and the clause at issue
imposed a grave financial and logistical burden on him to be able
to exercise his right to resolve a dispute against his
employer.  Accordingly, the clause could not be reasonably
enforced.

Prior to this decision, unconscionability was often raised in
the contractual context by parties who did not want to live up to
their end of the agreement.  But courts seldom accepted that
argument.  Even where contracts were deemed to be exploitative
and unfair, they very rarely reached the level of
unconscionability.

The Uber decision overcame this obstacle and it has
been hailed as an important victory, as it meant that stronger
parties (employers in particular) could not necessarily impose
unfair terms on weaker parties to a contract.  However, there
have been concerns raised about the potential implications of this
decision, as people became worried that litigants would follow its
lead to try and invalidate terms in standard contracts.

The early subsequent judicial treatment of the Uber
decision has allayed these concerns.  In particular, a recent decision of the Ontario
Superior Court of Justice has confirmed that courts will not be
quick to allow unconscionability arguments to invalidate standard
contractual clauses just because a weaker party claims that they
are unfair.  It will be interesting to see the effect that
Uber will have in the years to come.

Invalidating Contracts based on Misrepresentations

While Uber dealt with invalidating specific contractual
terms, the Ontario Court of Appeal took things a step further with
a recent ruling which held that a party can rescind a contract
entirely if they were lured into it based on oral
misrepresentations.

In Issa v. Wilson, a
first-time homebuyer entered into an agreement of purchase and sale
to purchase a home after being told by the homeowner and the real
estate agent that the size of the property was about 2,000 square
feet.  The buyer was given the chance to carry out his own due
diligence and verify the accuracy of these representations before
executing the agreement.  During a visit to the property, the
buyer was again informed that the home was about 2,000 square feet
and he executed the agreement of purchase and Sale and provided a
deposit in reliance on these representations.  The agreement
did not mention the size of the property.

The buyer later pulled out of the transaction before it closed
after he obtained an appraisal which confirmed that the property
was actually about 1,450 square feet.  He then successfully
sued the real estate agent and vendor and obtained a judgment that
the agreement was null and void and his deposit was returned.

The judgment was upheld by the Ontario Court of Appeal, where it
was ruled that if a party makes a false statement which (a) is
material; and (b) induces another party into entering a contract,
then the agreement may be rescinded on the basis of
misrepresentation.  In this case, the representations
regarding the size of the property were deemed to be material to
the buyer’s decision to purchase it.  In ruling that the
buyer was permitted to rescind the agreement of purchase and sale
on this basis, the court also considered other factors, such as the
buyer’s age and inexperience, as well as the discrepancy
between the size of the property as represented and its actual
size.

The Issa decision has caused quite a stir, particularly
among the real estate community.  People have taken issue with
the court’s ruling that a buyer is permitted to back out of an
agreement of purchase and sale at a late stage of the transaction
based on a prior representation; especially given the fact that he
had the opportunity to verify the representation before the
agreement was executed.  As such, there is concern that
Issa may create a slippery slope, with parties attempting
to get out of valid written contracts on the basis of alleged
misrepresentations.

The Expanded Duty of Honesty in Contractual Performance

In C.M. Callow Inc. v.
Zollinger, the Supreme Court expanded on the duty
of honesty that parties owe to each other in contractual
performance.  In that case, the plaintiff entered into a
snow-clearing contract with a group of condominium
corporations.  The defendants decided to terminate the
contract in early 2013 and did not inform the plaintiff of this
decision until several months later.  Also, after deciding to
terminate the contract, the defendants actively led the plaintiff
to believe that it would be renewed.

The matter made it to the Supreme Court, where it was ruled that
the defendants owed the plaintiff a duty to perform the contract
honestly and in good faith.  The court noted that, while the
duty of honest performance is not equivalent to a duty of
disclosure, parties still may not “knowingly mislead” one
another.  In this case, it was held that the defendants
breached this duty by actively deceiving the plaintiff into
believing that the contract would be renewed.

Many have praised Callow as an important (and overdue)
expansion of the duty of honest performance in contract law, while
others are concerned that it has taken this duty too far, which may
compromise the certainty contained in commercial transactions.

These decisions, while controversial, all represent positive
developments in contract law, as they challenge the notion that
contractual obligations are limited to written documents.  As
the high courts have demonstrated, the enforceability and
performance of contracts can come down to the parties’ rights
and behavior and are not necessarily confined to the document
itself.

The Schall Law Firm Announces the Filing of a Class Action Lawsuit Against Walmart Inc. and Encourages Investors with Losses in Excess of $100,000 to Contact the Firm

Wed Jan 20 , 2021
The Schall Law Firm, a national shareholder rights litigation firm, announces the filing of a class action lawsuit against Walmart Inc. (“Walmart” or “the Company”) (NYSE: WMT) for violations of §§10(b) and 20(a) of the Securities Exchange Act of 1934 and Rule 10b-5 promulgated thereunder by the U.S. Securities and […] 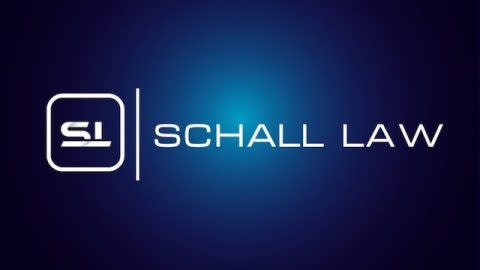