President Joe Biden on Tuesday signed an executive order that will phase out the Department of Justice’s use of private prisons.

The action is part of the administration’s effort to address racial inequity in the country and make good on Biden’s campaign promises to Black Americans — who were integral to securing his presidential win.

The order directs the Justice Department to decline to renew contracts with privately-operated, for-profit prisons. This effort began under the Obama administration and was championed by then-DeputyAttorney General Sally Yates. The policy was quickly axed by the Trump administration in 2017. Now, scholars are taking a deeper look at the restored policy, and questioning its overall impact on racial inequity.

“When it comes to private prisons, the impact of this order is going to be slight to none,” said John Pfaff, a professor of law at the Fordham University School of Law. “This is not about shrinking the footprint of the federal prison system, it’s just about transferring people to public facilities. Biden is telling an executive agency under his control what kind of contracts they can enter, that’s a core executive function of Biden’s.”

Still states can still choose “who to write contracts with,” Pfaff said. “In practice, this will end up being more symbolic and will have little impact on any issue of racial justice and the system. The symbolism carries the very real risk of making us blind to the nearly identical incentives of the public prison sector, and the public side is so much vaster in scope.”

Few details have been released about the order scaling back private prison use, but the initial Obama-era policy focused on about a dozen privately-run facilities. The federal Bureau of Prisons said then that approximately 195,000 people were incarcerated in the bureau’s or private-contract facilities. Today, there are nearly 152,000 people incarcerated federally, with 14,000 housed at privately-managed facilities, according to The Associated Press.

A 2016 report by the Justice Department found that private prisons see high rates of assault, use of force incidents and lockdowns. With that, Biden said during a Tuesday press briefing that the policy is “the first step to stop corporations from profiting off of incarceration that is less humane and less safe.” He called it the beginning of his overall plan to address systemic problems in the criminal justice system.

A spokesperson for the administration did not immediately respond to a request for comment.

During his campaign, Biden made a slew of promises aimed at tackling problems with the criminal legal system. He vowed to crack down on systemic misconduct in police departments and prosecutors’ offices and call for the immediate passage of the Safe, Accountable, Fair and Effective (SAFE) Justice Act, a bundle of small reforms that could eventually reduce the federal prison population and ramp up probation efforts.

Prisons were being privatized as early as the 1800s and accelerated after the Civil War. Today, privatized prisons are a billion-dollar industry with facilities known for brutal living conditions. CoreCivic — formerly and commonly the Corrections Corporation of America — and GEO Group are two of the biggest private prison companies in the United States. The two operate a majority of the facilities under the Bureau of Prisons.

In a statement, GEO Group spokesperson Pablo Paez dismissed the order as a “solution in search of a problem,” adding that the policy would have economic consequences. Paez drew attention to the Bureau of Prison’s opting not to renew some private prison contracts in recent months.

The “executive order merely represents a political statement, which could carry serious negative unintended consequences, including the loss of hundreds of jobs and negative economic impact for the communities where our facilities are located, which are already struggling economically due to the Covid pandemic,” he said.

CoreCivic spokesperson Steve Owen said the company stands by its service, adding: “Any assertion that our company or the private sector is responsible for the rate of incarceration or detention is false.”

Micah Herskind, an organizer with The Southern Center for Human Rights — a Georgia civil rights group focused on the criminal legal system — said that although the order may seem like a significant step to address the criminal legal system’s issues, the effort is a “misdirection” from structural problems. In 2016, the activist and author Kay Whitlock noted that a commitment to ending private prisons only appears to tackle mass incarceration without having to structurally change the oppressive systems on which incarceration thrives. Whitlock also noted that only a small portion of the incarcerated population is in private prisons.

In 2019, 8.1 percent of people incarcerated in the U.S. were held in private prisons, according to the most recent data from the Bureau of Justice Statistics. The order does not appear to apply to similar contracts with other agencies like U.S. Immigration and Customs Enforcement (ICE).

“Of course we need to end private prisons. But we also need to end public prisons, and narrowing our focus to private prisons leaves intact a massive public punishment apparatus that will continue to thrive out of the public spotlight,” Herskind said.

“[The order] doesn’t repeal laws and policies that criminalize people and lead to incarceration in the first place,” he added. “It doesn’t do anything about the total federal prison population or the state of federal prisons. It does nothing to challenge the U.S.’ core conviction that it’s OK for a country to cage millions of people — it simply says that some companies shouldn’t be able to do that caging. I imagine the order’s primary impact will actually be to falsely convince many people that significant action has been taken to combat mass incarceration when the opposite is true.”

Because private prisons represent only a small portion of the nation’s prison population, scholars such as Pfaff and Alex Vitale, a sociology professor at Brooklyn College and the author of “The End of Policing,” said the new order doesn’t adequately address mass incarceration and the criminalization of social problems, such as poverty, homelessness and drug addiction.

With Biden in the early days of his presidency, Vitale said, he hopes Biden puts forth a more substantive effort in the coming months.

“I hope this is the beginning of the conversation and not the end of the conversation,” he said. “I don’t think this will have any impact on people who are already incarcerated, they’ll just be moved to a different facility. I’d like to see him end all federal drug crimes, commute any sentence over 20 years, and replace funding for policing with funding for community-based initiatives.”

Char Adams is a reporter for NBC BLK who writes about race, gender and class. Her work has appeared in The New York Times, The New Republic, Teen Vogue and elsewhere.

Thu Jan 28 , 2021
Tim Robbins filed for divorce from his wife, Gratiela Brancusi, on Tuesday, January 26. But if you’re saying to yourself, “Wife? What wife?,” you’re not alone. The legalities definitely come as a surprise to fans, as Robbins never publicly revealed he was married to her in the first place.  Article […] 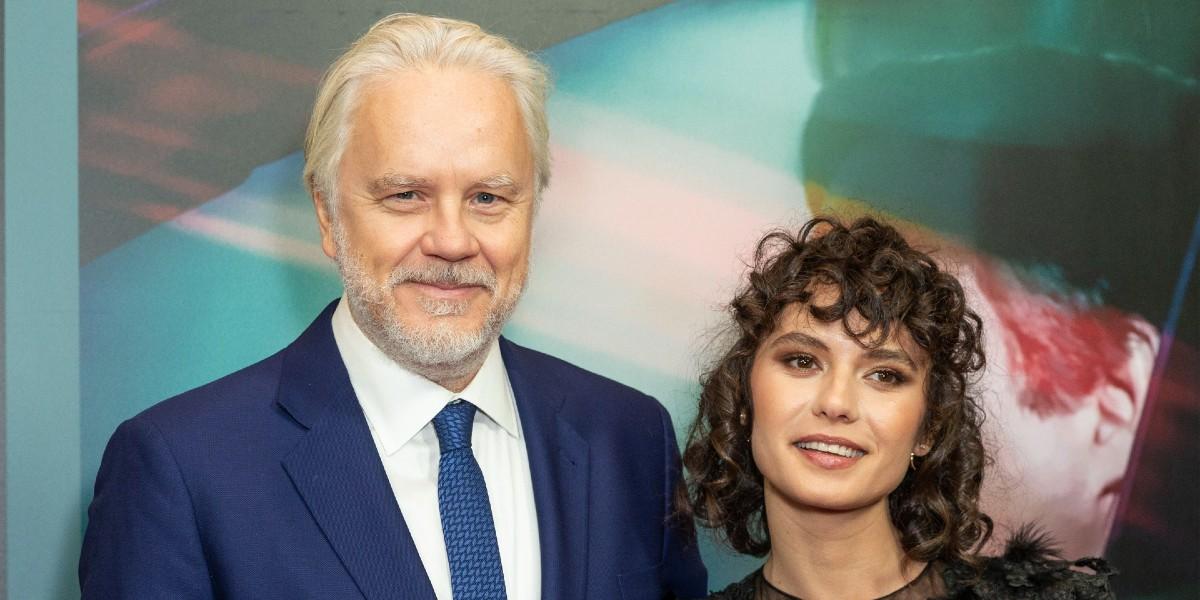