The number of unilateral economic sanctions of the EU, US and
other countries is considerably growing. As a matter of recent
example, on 7 December 2020 the EU Council adopted Decision
(2020/1999) and Regulation (2020/1998) concerning restrictive
measures against serious human rights violations and abuses, which
will subsequently “simplify” the introduction of certain
types of sanctions in connection with human rights violations1.

Sanctions (restrictive measures) may apply both to government
officials and entities, as well as to private companies.

However, after the introduction of sanctions, counterparties
from the EU and US are still being contracted with sanctioned
companies which have to perform their obligations. In case of
non-performance the sanctioned company is still subject for
judicial enforcement. On the other hand, counterparties from EU and
US often refuse to perform their obligations before sanctioned
companies, as far as the due performance is restricted by the
respective sanction regime.

In view of this, one of the most effective mechanisms for
managing sanctions risks is the inclusion of so called
(anti)sanctions clauses into commercial contracts. Hence, two types
of such clauses can be distinguished, depending on nature of
consequences for the parties’ obligations in result of the
introduction of restrictive measures: anti-sanctions clause and
sanctions clause.

The possibility to define the scope of circumstances that
constitute force majeure is provided by general contract law
provisions and particularly by the principle of freedom of contract
(art. 1.1 of UNIDROIT Principles), as well as by other regulations.
As an example of such regulation, para 1.3 of the Regulation on the
procedure for establishing the circumstances of force majeure of
the Russian Chamber of commerce and industry No. 173-14 dated 23
December 2015 provides that the circumstances that the parties
directly excluded do not constitute force majeure.

Moreover, the parties are free to agree on the circumstances
that will not be considered as a ground for contract adaptation,
including under the provisions of hardship (adjust) clauses.

For example, Germany is recognized as very adaptation-friendly
in view of a quite broad wording of section 313 of BGH, which
allows to adapt the contract in the circumstances which became the
basis of a contract have significantly changed. However even this
provision is still subject to the principle of good faith and
foreseeability criterion which may well be interpreted if the
parties directly define in contract those circumstances that do not
constitute the “significant change of
circumstances“.

Moreover, if to consider lex mercatoria, as provided by art.
6.2.2. of UNIDROINT Principles, the parties may allocate the risks
of changed circumstances on one party as one of criterion for
hardship. That as well may be regulated by the parties in the
framework of sanction clause.

Thus, if the parties expressly define “sanctions,
restrictive measures, or other mandatory regulations of the same
nature […]” as being not unforeseen circumstances that
do not undermine the balance of contract and parties’ interests
and shall not affect the performance and initial conditions of
contract, this will make a strong prerequisite for the courts in
favor of non-adaptation of the contract.

Thus, the purpose of the sanctions clause is to preserve the
balance of the parties’ interests and the status quo
in contractual relations, despite the original contractual
conditions.

The clause on force majeure and (or) the hardship (adjust)
clause serve as a ground for achieving this purpose.

In this case, the court resolved the dispute between LIL
(Cyprus) and CBL Bank (London) as to whether the performance of
contractual obligations by CBL continues in the events that had
happened (i.e. imposition of US sanctions against Mr. Viktor
Vekselberg (VV) who is the owner of LGI, which owns LIL).

At the same time, art. 9.1 of the Facility Agreement between LIL
and CBL provides that “…[CBL] shall not be in default if
during the 14 days after [LIL’s] notice is satisfies [CBL] that
such sums were not paid in order to comply with any mandatory
provision of law, regulation or order of any court of competent
jurisdiction…“.

The court (Judge Pelling) interpreted the provisions of the
agreement quite broadly and held that art. 9.1 of the agreement
allows CBL to suspend the performance of its obligations to make
payments in favor of LIL for as long as VV remains a SDN and LIL
remains a Blocked Party by reason of it being controlled by VV,
since the wording of art. 9.1 of the agreement “any
mandatory provision of law” embraces the US
sanctions.

From the other side, in court practice the definition of a
properly-written force majeure clause as a part of sanctions clause
will allows the non-performing party to avoid liability for late
performance or other undue performance. For example, by the
decision of Moscow city court dated 22 December 2015 in case No.
4?-12995/2015 Bank was released from liability for freezing of
funds on correspondence-account bank (STANDARD CHARTERED BANK).
Generally, in Russia banks are often recognized as being not in
default in case of freezing of funds by other banks that are
obliged to comply with sanctions regulations (see e.g. Arbitrazh
court decisions in cases No. N ?40-222224/2016 dated 13.11.2017,
case No. 4?-12995/2015 dated 22.12.2015 and case No. ?56-56974/2017
dated 07.03.2018).

In Belarus the possibility to define the scope of force majeure
clause was recognized inter alia by decision of Appeal
economic court of Minsk region dated 23 September 2020 in case No.
78-13/2020/373?.

The description of (anti)sanctions clause, including
abovementioned force majeure and hardship (adjust) clauses.

Fri Feb 5 , 2021
Sabrina Rishmague caught her breath when she was asked what she had learned from Nicole Chipi in the five-plus years of dating that led to their Jan. 23 wedding at the Perez Art Museum Miami, where the brides and three guests stood before Edwin G. Torres, a Florida magistrate judge, […] 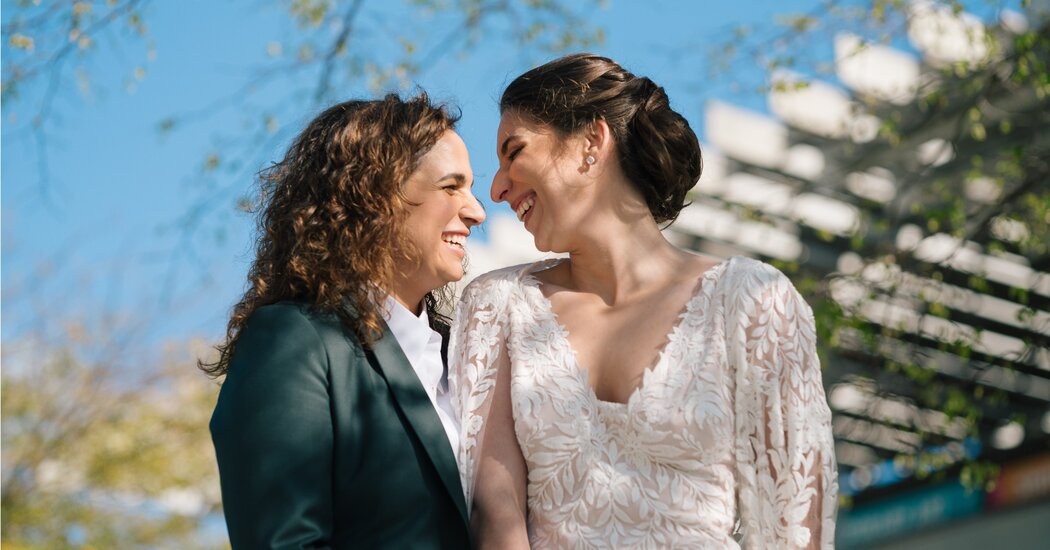