American Idol is back for its 19th season, and it looks like there is no shortage of talent seeking to be the next winner of the famed singing competition show. Exhibit A: With auditions still underway, Willie Spence blew the judges away last night.

One of the judges, country singer Luke Bryan, told him, “I love it. Well, we’re excited to see what you got.” Then, Spence took off with a gorgeous cover of one of Rihanna’s biggest hits.

After completely wowing the judges with his amazing runs and powerful vocal ability, the musicians gushed over Spence. Music legend Lionel Richie could only say one word over and over: “Unbelievable.”

Pop star Katy Perry was also impressed and gave Spence the opportunity to voice what he wants to do with his talent and how he wants to change the world. Perry asked Spence, “When you think about your future, and you know the voice you have — this is the magic you have. In five years, what do you want it to look like in your wildest dreams, if nothing was standing in your way?” He tells Perry he hopes to share his gift, hopefully winning a Grammy.

Richie then gushed over Spence. “Willie, you have demonstrated exactly what we have been looking for,” he said. “You are an undeniable star.”

“On the first note, I had chills,” Richie continued. “I cannot tell you how excited I am to have you join us on this show.” Bryan also told Spence he sees a Grammy Award for him in his future.

After deliberating, to no surprise, the judges told Spence those famous words: “You’re going to Hollywood!” Fans on Twitter have already crowned him the winner of the competition in their hearts.

To follow Spence’s journey on “American Idol” and keep up with the rest of the competition show, now entering its 19th season, tune in on Sunday nights at 8pm EST on ABC.

Tue Feb 23 , 2021
The Illinois Legislative Black Caucus hailed it as a historic response to the deaths last year of George Floyd in Minneapolis and Breonna Taylor in Louisville SPRINGFIELD, Ill. — Illinois Democratic Gov. J.B. Pritzker on Monday signed into law a sweeping overhaul of policing and criminal justice that eliminates the […] 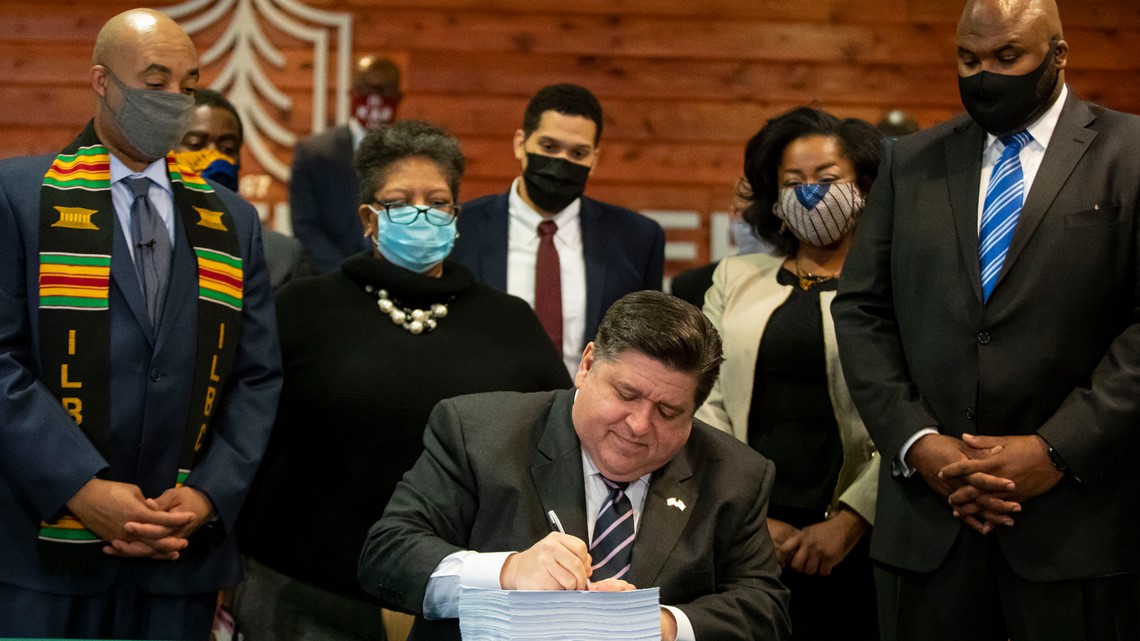