As Muslims whose communities have been stereotyped, surveilled and vilified by the government, we understand the desire to call the white supremacists who attacked the Capitol on Jan. 6 domestic terrorists. For us, it comes from a deep desire to say, “See, the problem was not our communities.”

But by using the “domestic terrorism” label to promote more criminal statutes and police authorities, our country’s leaders are invoking systems that have been — and will continue to be — used to target and harm Black and brown people.

Federal law enforcement already has the tools necessary to investigate and prosecute white supremacist violence. Law enforcement agencies choose not to use them.

Already in response to the attack on the Capitol, President-elect Joe Biden and some members of Congress are joining calls for new domestic terrorism legislation that would give even greater power to law enforcement. It’s a predictably misguided part of a decadeslong pattern. When white supremacist violence escalates, politicians often look to give law enforcement agencies more authority — whether it was President Bill Clinton in response to the Oklahoma City bombing or Biden today.

Federal agencies could use a plethora of hate crimes statutes that Congress passed to protect communities of color and other marginalized groups targeted by white supremacist violence. Over 50 statutes relate to domestic terrorism offenses and material support for it. These existing measures are flawed and overbroad, but if law enforcement agencies wanted to use them to address white supremacist violence, they could. What they lack is the will.

The case of Cesar Sayoc, who mailed pipe bombs to prominent Democrats and was charged under federal terrorism-related law, is a rare example of the Justice Department’s using the existing authorities at its disposal to address white supremacist violence.

But too often, federal law enforcement agencies have instead used their powers to wrongly target and surveil Black civil rights activists; Muslims; Arab, Middle Eastern and South Asian communities; animal and environmental rights activists; and other groups that have so-called unpopular or controversial beliefs.

During the civil rights movement, the FBI investigated and monitored leaders like Martin Luther King Jr. under the guise of national security. Congress created a federal definition of “domestic terrorism” in the Patriot Act that has been used to disproportionately and unjustly target Black and brown people for surveillance, investigation and prosecution. The Trump administration used these same authorities to monitor people protesting police brutality and protesting the administration’s separation of immigrant families.

Federal agencies have been able to get away with these abuses because of vague, overbroad police powers. Not only is the federal definition of domestic terrorism malleable, but the FBI also eliminated safeguards to protect against abusive practices after the attacks of Sept. 11, 2001, even claiming that it can conduct investigations with little or no suspicion of wrongdoing. Under President Barack Obama, the departments of Justice and Homeland Security issued Guidance on Race, prohibiting biased profiling generally but permitting it in the context of national and border security.

These vast powers are exacerbated by structural racism. Since this nation’s founding and its enslavement of Black people through to today, law enforcement agencies have viewed Black and brown people as security threats. The result is a system that violates constitutional rights — from due process and equal protection to freedom of speech and association, including protest. It also criminalizes communities of color to devastating consequence.

As we look for ways to address white supremacist violence effectively, it is critical to end these harms and focus on protecting Black and brown people. Biden and Congress must shift from enhancing law enforcement power, investigation, surveillance and prosecution. That begins by evaluating how agencies have used their resources and holding them accountable for failing to focus on white supremacist violence.

We cannot find our answers in the systems that hurt us. The more we build up within them, the harder they are to deconstruct.

It includes the Biden administration’s overhauling abusive and overbroad national security authorities, prohibiting bias-based profiling by the departments of Justice and Homeland Security without any exceptions for national security or border security and opposing legislation that creates more terrorism-related crimes. For Congress, it means passing laws that prohibit bias-based profiling, ensuring accountability for agencies’ abuses and funding local community solutions, such as hate crimes hotlines.

We cannot find our answers in the systems that hurt us. The more we build up within them, the harder they are to deconstruct. Any proposals to create new domestic terrorism crimes or give law enforcement more power must be off the table.

Sat Jan 16 , 2021
President-elect Joe Biden referred to the Trump supporters who assaulted and ransacked the Capitol as “domestic terrorists,” but his incoming administration has yet to decide what new laws, if any, it needs to address domestic terrorism. The Biden-Harris campaign website states that a Biden administration will “work for a domestic […] 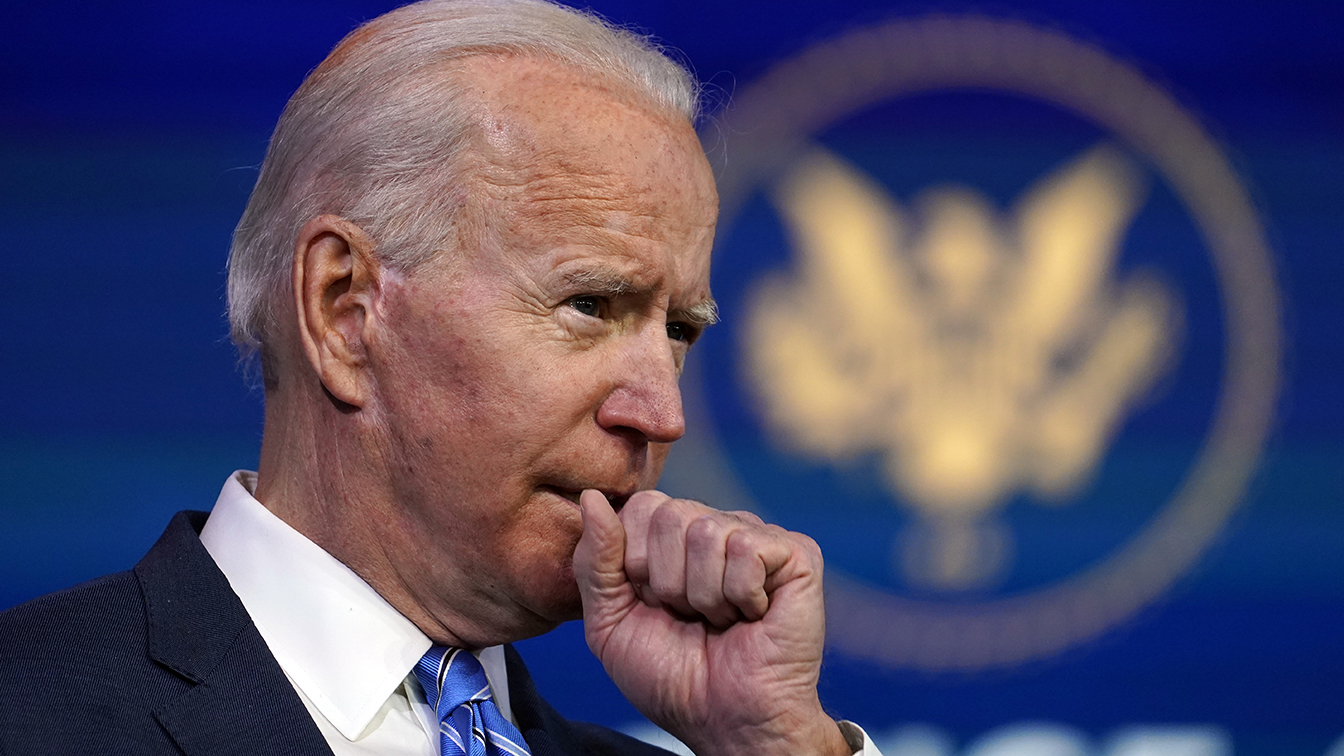