Less than a week after the Palestinian Authority president expelled Nasser al-Qudwa from the Fatah party, the retribution continues

Qudwa told journalists during a Zoom briefing on Monday that the 86-year-old Abbas, who also heads the Fatah movement, ordered a stop to financial support to the Yasser Arafat Foundation, which Qudwa heads. Abbas has demanded a separation between Qudwa’s political stance and political statements on one hand, and the running of the Yasser Arafat Foundation on the other hand.

Qudwa is a nephew of the late Palestinian leader.

In his briefing, Qudwa also accused the president and his supporters of taking other countermeasures against him for his decision to field an independent list of candidates in the upcoming Palestinian legislative elections.

Qudwa, 67, added that his personal protection escort and his car, which are provided by the Fatah movement, were taken away from him. He also accused those close to the president of ordering the termination of the contract of a female colleague who works at the Palestine Liberation Organization.

He lashed out at these steps, saying that this approach will “compromise” his safety. He said that the actions against him are increasing the tension, turmoil and division inside the ruling movement.

Qudwa told reporters that he is in contact with Fatah member and popular Palestinian leader Marwan Barghouti, who is serving several life terms in an Israeli prison and has talked about running in the presidential elections. Qudwa said that he also is in close contact with Barghouti’s wife and lawyer.

“We didn’t hide our strong desire to work with Marwan,” said Qudwa.

Qudwa added that he will roll out the political program for the Palestinian Democratic National Forum candidates list in the coming days.

According to multiple sources in Ramallah, discussions to postpone the election have taken place between Abbas and his close advisors, but no decision has been made.

“Because of the fierce and staunch opposition to Abbas and his loyalists, they don’t think they can muster a win in the legislative or presidential elections,” a credible source told The Media Line. “They will get humiliated.”

Another source told The Media Line that one of the scenarios that is being talked about is to use the lack of vaccines against the coronavirus as an excuse for delaying the elections.

“The political situation is unbearable,” the Fatah source told The Media Line.

Moqbel Barghouti, brother of Marwan Barghouti, said in a statement that his brother “has made up his mind to run for the presidential elections and will not back down from this decision no matter what.”

He also said that “we will have a president in prison, and that will let the world know how the Palestinians live.”

Moqbel Barghouti did not say whether the imprisoned Fatah leader would join a list with Qudwa.

“Marwan wants a single Fatah list in the legislative elections and wants to unite all Fatah and not to disperse the Fatah vote in other lists,” he said.

Barghouti, 61, according to many pundits and polls, has become an existential threat to Abbas’ rule as well as to the political future of members of the Fatah establishment.

He is serving five life sentences plus 40 years in an Israeli prison, after being convicted of being responsible for multiple killings during the second Palestinian intifada, or uprising.

A member of the Fatah Revolutionary Council, Hatem Abdel Qader, has accused Abbas of taking over the decision-making process within Fatah, joining a chorus of movement leaders and rank-and-file members who are more willing to challenge Abbas publicly. Qader has also asserted that Barghouti will run for Palestinian president, something that has not been heard directly from Barghouti, joining family members and loyalists who say he is leaning that way.

Tue Mar 16 , 2021
MPR News will stream live coverage of the trial on Facebook beginning at 8 a.m. Some images or material discussed during the trial will be disturbing to many viewers. Watch the morning proceedings here (court is in recess until 1:30 p.m.): 3 things to know: Chauvin’s attorney wants trial delayed […] 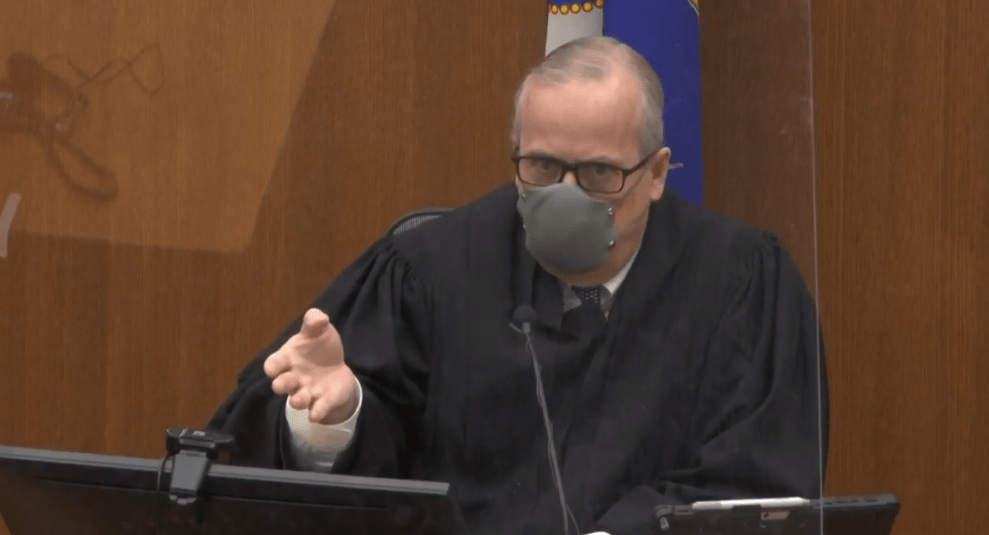