The governing board of the Orleans Parish Communications District — the state agency that runs the city’s 911 and 311 systems — finalized the procurement of a new records management and analytics system at a special meeting on Wednesday. The multi-million system won’t go through any public bidding process, despite concerns from privacy advocates.

Although OPCD is signing the contract and paying the upfront $2.2 million cost of the system, it will be principally used and managed by the New Orleans Police Department. The NOPD will also have to cover the $500,000 annual maintenance fees.

The NOPD, as part of the central city government, would have had to go through a public selection process to procure the new software under local laws. But the purchase was routed through OPCD, a semi-independent state-created agency that doesn’t have to abide by those local rules.

Still, it was initially unclear how the city would be able to sign on to a maintenance contract with a pre-selected vendor, since city law would require a public search. As it turns out, the city will use OPCD as an intermediary.

OPCD Director Tyrell Morris said on Wednesday that the city would enter a cooperative endeavor agreement with OPCD, rather than directly with the software company. That will allow the NOPD to adopt the system and pay the annual maintenance costs without a public selection process, Morris said. He said that the plan had been approved by the City Attorney’s office, the Chief Administrator Officer’s office and the NOPD and the Chief Technology Officer’s office. Mayor LaToya Cantrell’s office did not respond to a request for comment.

The software comes from Swedish tech company Hexagon AB. It will create a new, cloud-based data repository for the New Orleans Police Department’s records. It will also provide analytic software to make sense of all that data using services from Microsoft’s Azure division — an advanced set of tools that includes artificial intelligence and machine learning and a major supplier of cloud-based surveillance software, according to reporting from The Intercept.

Along with the NOPD, the software would also be available to any other law enforcement agency in Orleans Parish. Already, five smaller departments have formally requested to join the system — the Housing Authority of New Orleans Police Department, Orleans Levee District Police and the campus police departments for the University of New Orleans, Dillard University and Delgado Community College.

On Wednesday, Morris referenced a January article from The Lens regarding the legality of the purchase. In that article, Dr. Robert Collins, Professor of Urban Studies and Public Policy at Dillard University, told The Lens that while it was legal for OPCD to enter the contract with Hexagon without a public bid, the city and NOPD would have to go through a public bid process to enter into a maintenance contract.

“The maintenance agreement is a different matter and will need to be subject to a public bid process. I don’t see any way around that,” Collins said.

Morris said that OPCD and the city saw it differently

“I know there was an article in The Lens that while OPCD’s procurement of this followed the letter of the law, there was some concern about maintenance of the system going forward,” Morris said on Wednesday. “We have spoken with many people in city government to include the CAOs office and we believe a cooperative endeavor agreement would be a legal instrument we can use to procure those maintenance services.”

Morris told The Lens last month that while there was no formal bid process, OPCD conducted an extensive search behind the scenes.

“We didn’t just go out and pick Hexagon off the shelf,” Morris said in an interview last month. “I want to be clear the agency did do a due diligence search and evaluation of multiple solutions before we arrived at this one.”

The vote on Wednesday wasn’t to approve the contract itself. Morris can do that without board approval, he said. Rather, the OPCD board voted to approve a financing agreement that will allow OPCD to spread out the upfront $2.2 million of the system into annual payments of $494,000 over the next five years.

Morris had originally tried to get board approval last month, but ended up deferring the issue after NOPD Superintendent Shaun Ferguson raised several questions about the system’s cost and functionality. But Morris has briefed Ferguson the software since then, and Ferguson endorsed the system on Wednesday. Though the board is separate from the city government, eight of its 12 members are city employees, including Ferguson, CAO Gilbert Montano, mayoral spokesman Beau Tidwell (the board chair) and New Orleans Office of Homeland Security Director Collin Arnold.

“We forwarded a letter of support in regards to this,” Ferguson said on Wednesday. “Im comfortable with it. We did a cost analysis. We see that it’s a slight increase compared to what we’re paying for right now, but we also see the benefits we would receive with that increase as well. So I’m comfortable with it as long as we are good to go on the maintenance procurement side of things.”

Can an employer require a COVID-19 vaccine?

Wed Feb 3 , 2021
The Covid vaccine has officially arrived, and HR’s obstacles are shifting. The new #1 HR dilemma coming down the pipeline has shifted to: “Can we mandate COVID-19 vaccinations?”  Two primary questions surrounding this explosive topic in today’s global workforce will be covered:  Is it legal to mandate vaccines in the […] 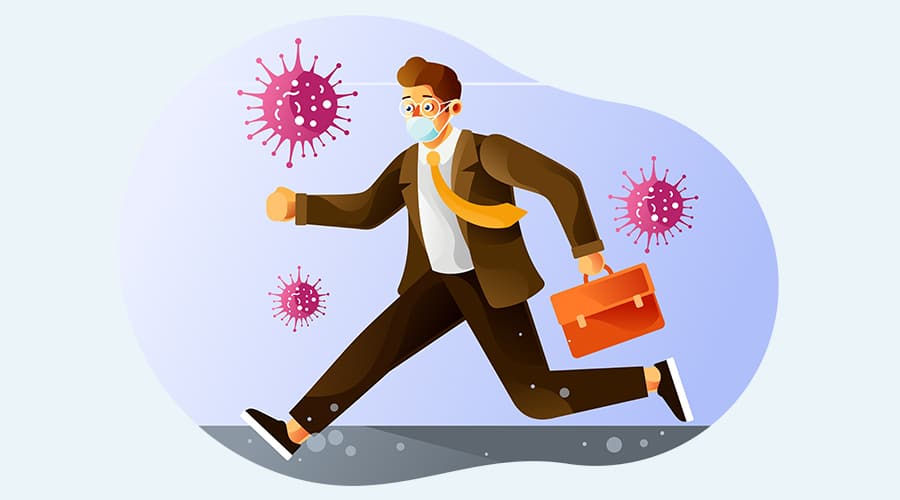