We take a look back at a disturbing and kind of costly tale, straight from the Idaho law books.

BOISE, Idaho — Valentine’s Day is coming up on Sunday. Not that you need us to remind you of that.

You can’t walk through a grocery store or turn on the TV without seeing an ad for the Hallmark holiday.

So instead of focusing on what you already know, that you better have the flowers and chocolate ready to go Sunday morning and a special dinner planned for later that day, we’re going to focus on something you may not know.

Maybe you know someone hoping to get engaged this weekend.

What you probably didn’t know is that engagement, if it never reached fruition…well, there’s a penalty for that.

A disturbing and kind of costly tale, straight from the Idaho law books.

Jim Howell knows hidden deep in all those old Idaho law books are some pretty outdated statutes. And while studying for his masters in business law, Jim broke into one old case of broken love, as crusty and stale as 70 year old piece of peppermint fudge.

“OK, this is the lady right here.”

“And this is the person she sued.”

Fred P. Shuttleworth, an Idaho Falls farmer, back in the 1920s.

“He had promised again and again to marry her.”

But by 1928, Sophia and Fred’s love and any promise of marriage was crumbling like so many dying Valentine’s roses.

“In fact, we get some quite interesting detail about how she felt she was jilted.”

Jilted after his seduction into lewd cohabitation, and unchastity — to quote 1930 legalese.

“And as a result, after he failed to then marry her, she then sued.”

So don’t cry for Sophia Kralick, after Fred broke her heart, she broke his bank.

And in 1930 we’ll assume she lived at least semi-wealthily ever after, the law, since forgotten.

“Which means she not only sued him but it was held by the appellate court, which means since that’s not been appealed to date, that that law’s still in effect.”

Jim isn’t sure if it Kralick versus Shuttleworth would hold up today, but it does stand as premarital food for thought,

“Well, I guess if you’re go and make the offer, you’d better come through!”

So we wanted to know if that law is still on the books.

Nearly 100 years after this case… it is.

This is Idaho statute 32-208 titled “release from contract for unchastity.”

It basically states that if you decide not to marry someone you promised you would marry, the other person could sue.

So you would have the burden of proving they were being unfaithful during the time of the promise.

That defense will only work if you weren’t also being unfaithful.

By the way, Jim did earn extra credit, for digging up the case of Kralick versus Shuttleworth, and went on to earn his masters degree.

Sat Feb 13 , 2021
In an upstairs conference room at his Salt Lake City catering company, Aaron Turner has a Glock 19X 9 mm handgun holstered on his hip as he demonstrates how to oil a pistol to a small group of people. Several other handguns lay on a table next to him. A […] 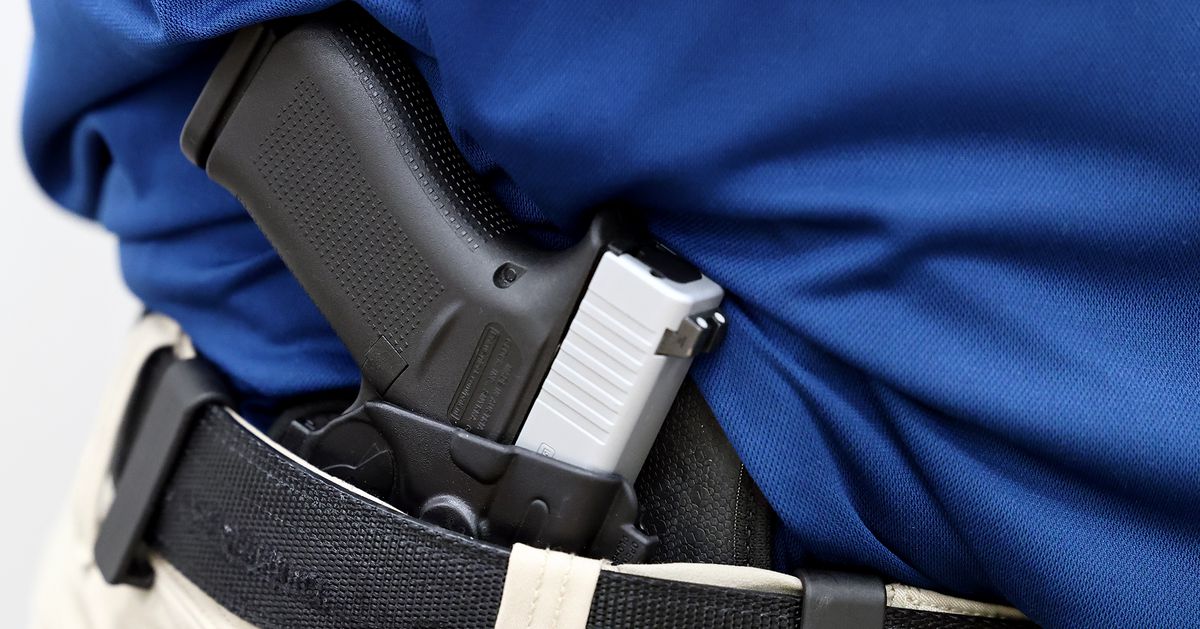